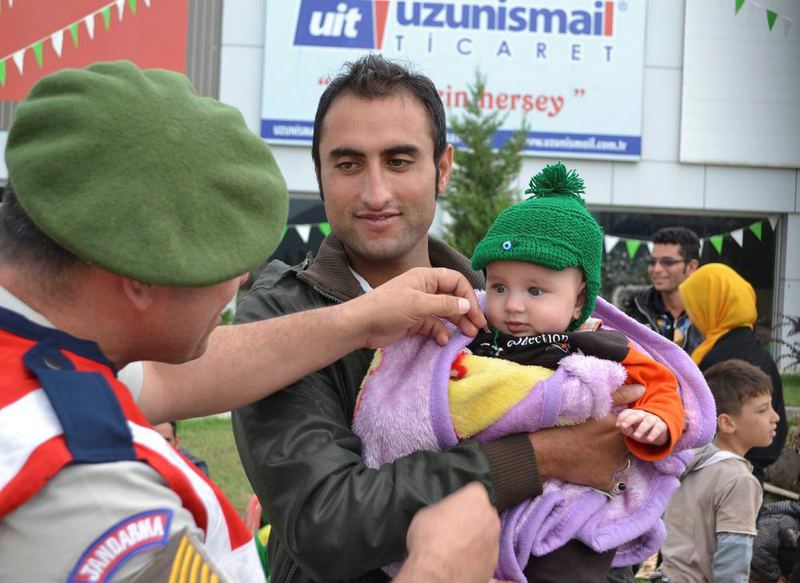 by Daily Sabah with Wires Sep 29, 2015 12:00 am
A group of Syrian refugees attempted yesterday to cross into Europe through İpsala, Turkey's northwestern border crossing with Greece in a new push by refugees that was foiled by authorities.

The attempt comes days after hundreds of Syrian refugees who arrived in the northwestern province of Edirne where border crossings are located were sent back to other cities as Turkey struggles to cope with the influx of refugees.

Two buses packed with refugees were stopped in the district of İpsala by gendarmerie troops as they were heading to the border. Some 100 refugees in the buses were ordered to leave the district while bus companies were fined for transporting refugees. Refugees in Turkey, whose numbers near 2 million, are not allowed to travel to cities other than the ones they are permitted to reside in.

İpsala, like other districts in Edirne located on the border, is dotted with checkpoints where security forces routinely inspect vehicles for refugees attempting to sneak into Europe via Greece.

Two weeks ago, a large group of Syrians had traveled to Edirne from nearby Istanbul upon hearing rumors that Germany, a main destination for millions of refugees, will admit tens of thousands seeking shelter in the country. The group was stopped by security forces and stayed outdoors in Edirne for days before abandoning hopes of a journey into Europe and leaving the city last Thursday.
RELATED TOPICS