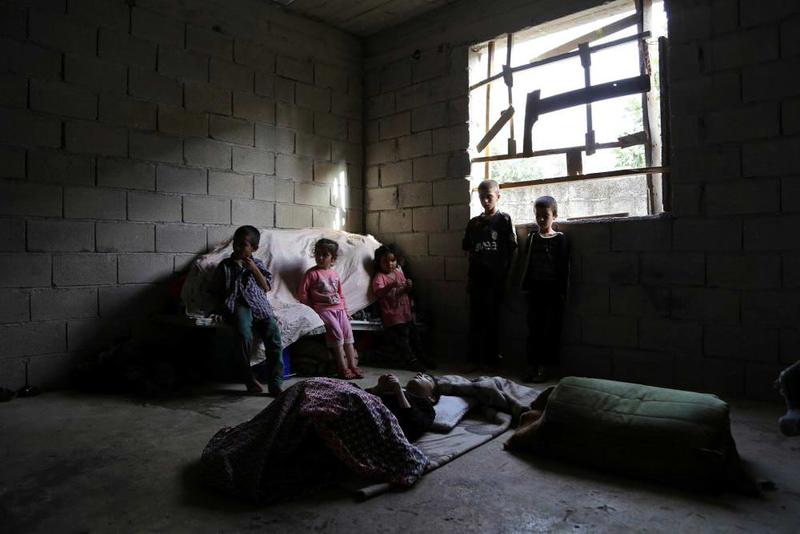 The Turkish Red Crescent is spearheading a new database project to register more Syrians living outside refugee camps in order to deliver better organized aid. Currently, Turkey struggles to keep its Syrian guests cared for as migration to Europe rises

Turkey, host to nearly 2 million Syrians from its southern neighbor, seeks more effective ways to take care of its "guests" - the term used by authorities to refer to those with temporary refugee status.

The Turkish Red Crescent launched a database of refugees in cities that will see thousands of people registered, along with their economic, health, social and educational status. The database already has information on 700 families in Gaziantep, Hatay and Kilis, three provinces on the border with Syria that are home to a large population of refugees, and it will soon include information on refugees from all across the country. Through the database, the Red Crescent seeks to better organize aid efforts for families who more often than not are forced to live in poverty, either in squalid rental houses, abandoned buildings or in tents they set up in parks. Unable to find jobs, some turn to begging while others often work illegally as cheap labor.

Only a small fraction of Syrians - 258,974 people - are housed in 25 modern refugee camps set up in border provinces by the state-run Disaster and Emergency Management Authority (AFAD). Syrians uncertain about their future in Turkey and other countries neighboring Syria, frequently embark on deadly journeys to Europe by sea from the Turkish coast in pursuit of a better life.

The database, according to officials, will help determine the needs of Syrians who have been pouring into Turkey since a conflict broke out in their country four years ago.

The Red Crescent will also set up a hotline for Syrians to help them with problems they face in Turkey. An emergency hotline in Arabic is already available but the new hotline aims to focus on Syrians' problems exclusively.

According to official figures, 1.9 million Syrians live in Turkey, however, this number is thought to be higher as some Syrians are not registered. Atilla Toros, head of a state agency tasked with migrant affairs, had recently told media outlets the number of Syrians that were not registered were not many. Refugees are required to register for access to education and health services in Turkey.

The country, that pursues an open-door policy for Syrians affected by the civil war, which has displaced millions, now struggles to stop the flow of refugees into European countries. Every day, dozens of refugees risk their lives and board dinghies to cross to the Greek islands, the nearest gateway to Europe from Turkey. Additionally, Syrians had recently turned to the land borders with Greece in northwestern Turkey, but Turkish authorities do not allow Syrians to travel to the border towns by banning Syrians carrying a residence permit in one city to travel to another.

Turkey has spent more than $6 billion on hosting Syrians and Ankara criticizes the international community for spending so little on Syrian refugees and not admitting more asylum seekers from Syria. With no end in sight to the war between rebels and regime forces loyal to Syrian President Bashar al-Assad, Turkey has advocated for the establishment of safe zones in Syria to ease the burden of Syrian refugees in host countries and help better coordinate aid efforts at home for displaced Syrians.
RELATED TOPICS