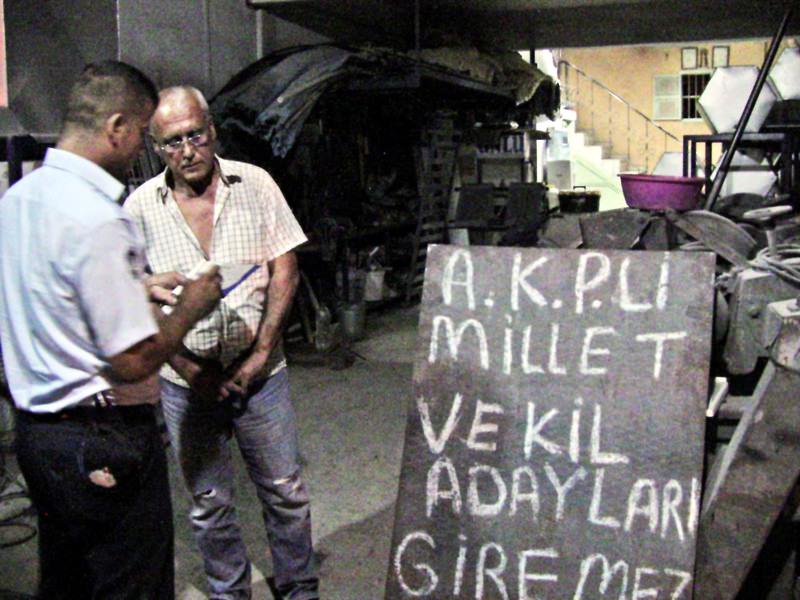 by Daily Sabah Oct 09, 2015 12:00 am
Davut Ünlü, owner of a solar energy systems store in İskenderun district of southern Hatay province, was fined for displaying a sign which read 'AK Party (Justice and Development Party) deputy candidates not allowed' in front of his store, to prohibit the entry of deputy candidates who could approach him as part of the election campaign for November 1 early elections.

Ünlü was given a fine of 190 Turkish liras for 'hanging out a sign without permission' by the İskenderun municipal police.

The discriminative sign was seized by the police and the shopkeeper was taken to the police department for testimony upon the order by the prosecutor. Ünlü was released after giving his testimony.

When asked about the reason why he hung up such a sign, he said that he held the ruling AK Party responsible for the deductions from his pension payment and that he didn't want the party's deputy candidates to visit his shop to make propaganda for the upcoming November 1 snap elections.

Turkey is heading for an early general election after no party succeeded in creating a ruling coalition after the June 7 contest.