65 victims of terror attack in Ankara remain in intensive care 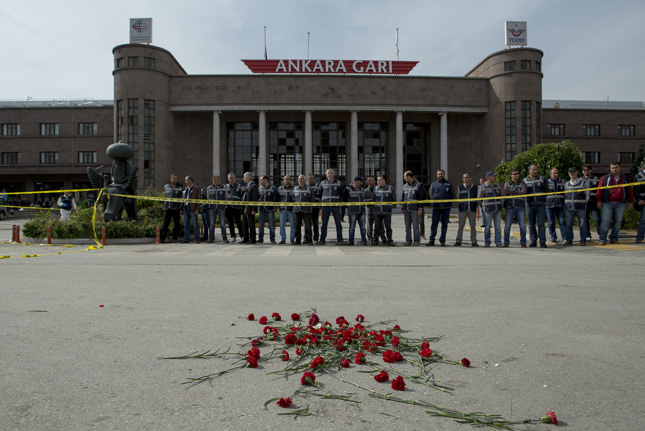 In a statement, the center that is coordinating the government response to the bombing, which killed 95 people as they gathered for a peace rally, said 160 injured in the twin suicide bomb blasts were still undergoing treatment at 19 hospitals, including 65 in intensive care units.

The prime ministry has so far named 52 of the fatalities and said a further 25 would be named after autopsies are conducted.

The bodies of 36 victims had been handed over to their families for burial, the statement added.

Two senior interior ministry officials and two senior police officers have been assigned to investigate every aspect of the attack, the government added.

The blast was the deadliest terrorist attack in modern Turkish history, surpassing the 2003 attacks in Istanbul that killed 60 people and were carried out by al-Qaeda.
Last Update: Oct 12, 2015 8:58 pm
RELATED TOPICS