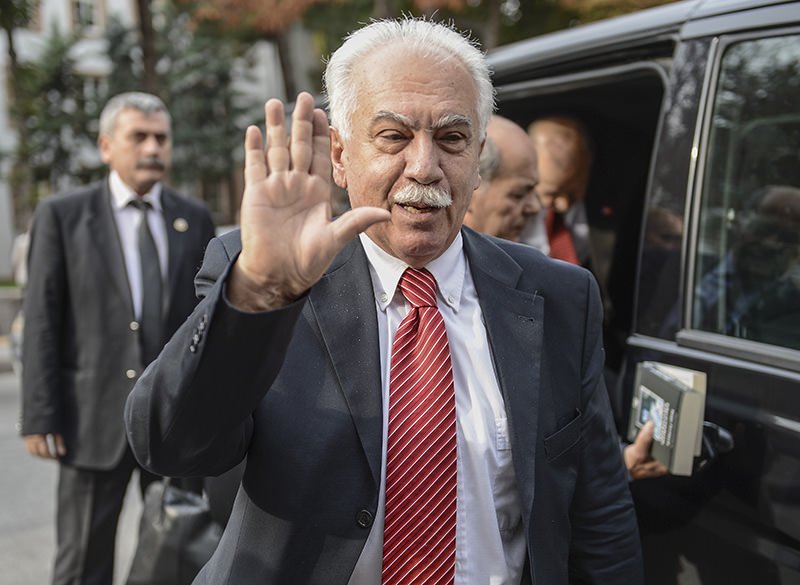 The European Court of Human Rights ruled on Thursday that Doğu Perinçek, a Turkish politician, executed his right of free speech when he denied the Armenian genocide in Switzerland where he was convicted, citing a democratic society would not subject Perinçek to a penalty for expression

In a landmark verdict on Thursday, the European Court of Human Rights (ECtHR) rejected Switzerland's appeal to overrule the conviction of Doğu Perinçek, a prominent Turkish politician, over the denial of the Armenian genocide.

Perinçek was convicted by a court in Switzerland, where denying the Armenian genocide is criminalized, for his remarks branding the genocide "an international lie" in that country. He had argued that the denial was in line with his freedom of speech and took the case to the ECtHR.

A judgment by the court's Grand Chamber ruled 10-7 that it had not been necessary in a democratic society to subject Perinçek to a criminal penalty in order to protect the rights of the Armenian community at stake in the case.

Judges further said Perinçek's statement, which was a matter of public interest, "did not amount to a call for hatred or intolerance."

The court had ruled in his favor in 2013, but Switzerland appealed the verdict. Armenia had requested to join the lawsuit as co-plaintiff. The country was represented by a defense team that includes human rights lawyer Amal Alamuddin Clooney, who is also married to Hollywood superstar George Clooney. In a hearing in January, Clooney said that the lower chamber of the ECHR had not taken documents from 1915 into account when it issued the ruling in favor of Perinçek. She had claimed the previous ruling "cast doubt on the reality of genocide." In the ruling she was referring to the European court's judges upholding Perinçek's right to question the genocide, as it was a matter of public interest, and did not comment on the reality of the genocide.

In Thursday's ruling, the court said that Perinçek's statements could not be regarded as affecting the dignity of the members of the Armenian community to the point of requiring a criminal law response in Switzerland. The court also made a distinction between the denial of the Armenian genocide and denial of the Holocaust, stating the Holocaust's specific history meant it could always be seen as a form of incitement to racial hatred. In earlier hearings, judges had refused to draw comparison between the two incidents, noting that the Holocaust had solid evidence approved by international jurisdiction.

In the events that led to the present case, such as various conferences in Switzerland in 2005, Perinçek had rejected allegations that the 1915 events and the following years in the Ottoman Empire amounted to "genocide" of the Armenian people. The Switzerland-Armenia Association then filed a criminal complaint against Perinçek, and he was tried by the Lausanne Police Court in March 2007. He was found guilty of racial discrimination and fined. In 2008, Perinçek appealed to the ECHR, claiming that the Swiss courts had violated his rights, including that to freedom of expression. He demanded compensation of 140,000 euros for moral and financial damages as well as court expenses.

ECHR said in the ruling that there was no international legal obligation for Switzerland to criminalize such statements and "Swiss courts appeared to have censured Mr. Perinçek simply for voicing an opinion that diverged from the established ones in Switzerland, and the interference with his right to freedom of expression had taken the serious form of a criminal conviction."

Armenia claims up to 1.5 million Armenians were killed in an act of genocide by the Ottoman Empire in 1915 during World War I. Turkey accepts the mass deaths of Armenians during their forced deportation during the war but claims the death toll was much lower and attributes mass deaths to diseases and isolated cases of attacks. Ankara has also urged Armenia to let historians handle the matter, though Armenia demands recognition of the incidents as "genocide" in order to advance relations between the two neighboring countries. In April 2014, President Recep Tayyip Erdoğan, who was prime minister at the time, offered condolences for the Armenian deaths that occurred in 1915 – a first for a Turkish leader as the country froze diplomatic relations with Armenia both over the genocide issue and Armenian occupation of Nagorno-Karabakh, an enclave also claimed by Turkey's close ally, Azerbaijan. The move was seen as a significant step toward a possible reconciliation. Separately, Turkey has called for a joint Armenian-Turkish research project into the events, making use of the archives in both countries, to establish the facts.

Many Armenians argue that denying allegations that the events of 1915 constituted "genocide" should be a crime, just as negating the Holocaust is. In 2003, the National Council of Switzerland, the country's parliament, recognized the events of 1915 as "genocide." Several other countries also recognize the events as genocide.