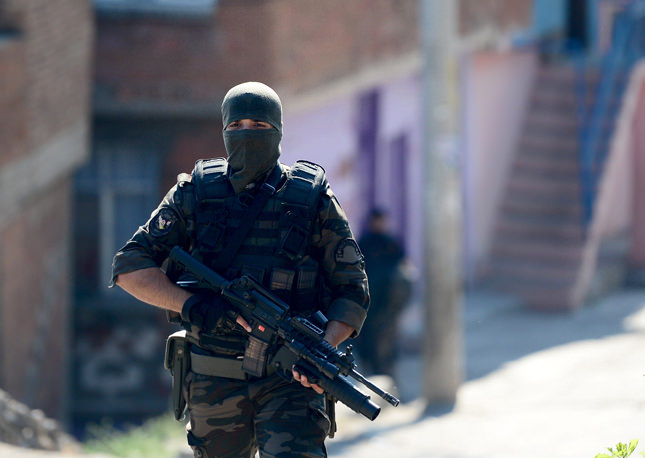 by daily sabah
Oct 15, 2015 12:00 am
Hatay Governor Ercan Topaca, released a statement that the counter-terrorism branch of the police department executed a wide-range operation on predetermined suspected ISIS member addresses in the Iskenderun and Dörtyol districts, leading to the arrest of nine people.

A search of the suspects houses lead to the seizure of weapons, loaded gun cartridges, disassembled guns, an ISIS flag and documents.

The nine suspects have been taken to the Iskendurun Courthouse and are waiting for trial.

The Turkish government is intensifying its counterterror operations following the deadliest attack in modern Turkish history. Two explosives were set off by two suspected suicide attackers in a crowd of leftist, pro-Kurdish and union activists at a peace rally held in the capital Ankara.

The attacks near Ankara's main train station left the bodies of dead demonstrators strewn across the ground. The bombings left nearly 100 dead and also wounded 246 people, dozens of whom were hospitalized and are still in intensive care.