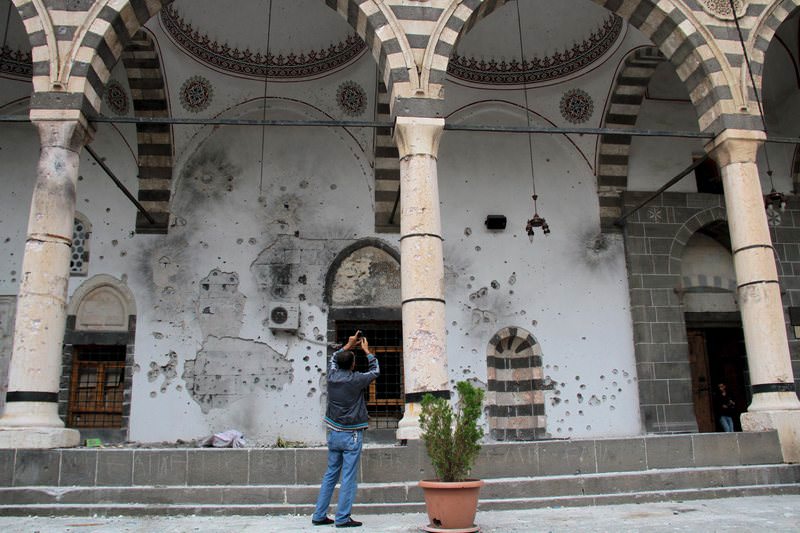 by Anadolu Agency Oct 25, 2015 12:00 am
Fighting between the security forces and PKK terrorists in the Sur district of Diyarbakir have left a number of historic and religious sites severely damaged, a local official said.

"The damage is much bigger than initially estimated and restoration work will be necessary to repair the damaged buildings," an official with the Regional Directorate of Foundations said on condition of anonymity.

Five mosques and two Armenian churches in the area were damaged in clashes over recent months. Earlier this month, Nevin Soyukaya, president of the city's culture and tourism department, said some parts of Diyarbakir's Byzantine-era city walls were damaged during gun battles.

Kursunlu Mosque, which is the province's first Ottoman building, has been badly affected, the official said.

The district has been the subject of a number of curfews in recent months. Turkish forces have been fighting the PKK since a two-and-a-half year cease-fire broke down in late July.
Last Update: Oct 25, 2015 8:06 pm
RELATED TOPICS