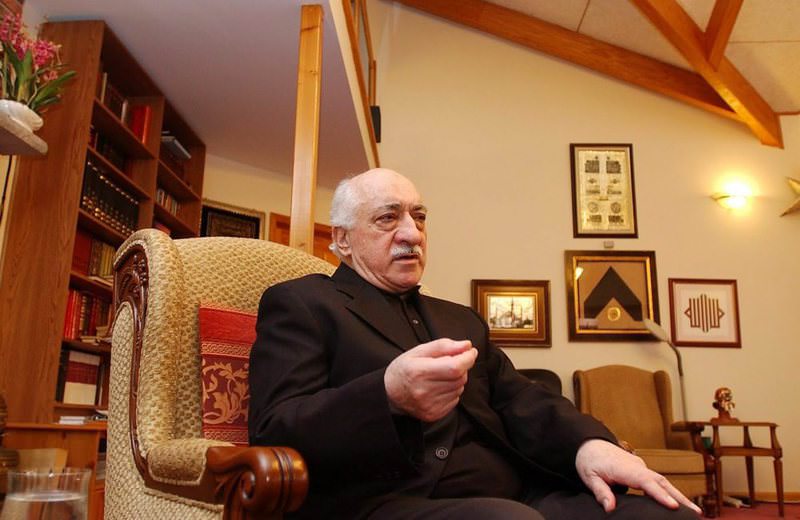 Followers of Fethullah Gu00fclen are allegedly operators of Concept Schools and several other charter schools in the United States. Gu00fclen faces an inquiry in Turkey over his Movement's alleged attempt to overthrow the government.
by Daily Sabah with AA Oct 28, 2015 12:00 am

With an inquiry into defrauding state funds and abuse of visa applications, the FBI has turned up the heat on schools linked to the controversial Gülen Movement of retired Pennsylvania-based preacher Fethullah Gülen, a prime suspect in terror investigations in Turkey

Fethullah Gülen, a notable resident of Saylorsburg, Pennsylvania and a prime suspect in a number of terror investigations in Turkey, faces further troubles in his adopted country. The Federal Bureau of Investigation (FBI) is investigating a school chain linked to his shady Gülen Movement for charges of fraud. The investigation is looking into allegations that the charter school chain diverted state funds it acquired to individuals and institutions tied with the movement, which faces terror charges in a number of investigations in Turkey, where it is formally called the Fethullahist Terrorist Organization or FETÖ.

The investigation is likely to boost Turkey's cause in its fight against the organization accused of overthrowing the Turkish government. Turkey had already employed an international law firm to assist in a global investigation into the activities of the Gülen Movement, which operates a worldwide network of schools and companies.

Concept Schools probed by the FBI operate 19 charter schools in several states and the Cleveland branch of the FBI leads the investigation into alleged wrongdoings in its activities. Vicki Anderson, the bureau's Cleveland Media Coordinator, told Anadolu Agency "a white-collar crime investigation" into the school chain was underway and she would not disclose further, as the investigation was ongoing. Anderson said an indictment will be released by the attorney's office soon.

The investigation was started after a series of raids in June 2014 at schools and offices of the Concept Schools network in Illinois, Ohio and Indiana. The FBI had seized documents regarding the school chain's contracts, documents related to e-rate grants and documents related to money transfers. E-rate is a program by the Federal Communications Commission (FCC) that provides discounts to schools in the United States for acquiring affordable equipment for telecommunications and Internet access. E-rate has a budget of $3.9 million and the school chain is suspected of diverting grants it received to acquire services from companies and people linked to the Gülen Movement and violating competition rules.

According to its website, Concept Schools, founded in 2002, operate 17 schools in Ohio, four in Illinois, three in Missouri, three in Indiana and one school each in Minnesota, Michigan and Wisconsin. Overall, there are more than 140 schools in 26 states operated by groups linked to the Gülen Movement, which is active in all continents with a large network of schools.

The Chicago Sun-Times had reported that Concept Schools had diverted nearly $1 million to eight companies going into 2014.

Gülenists are also claimed to have abused a work visa system for Turkish teachers they brought to the United States. Teachers are issued an H-1B, a non-immigrant visa that allows U.S.-based employers to temporarily employ foreigners in specialty occupations. Charter schools operated by Gülenists have long been a point of contention in the U.S. A New York Times article from 2011 was one of the first in-depth articles on the issue, pointing out to dubious contracts to new companies with little experience awarded by charter schools. The article, focused on Gülen-linked schools in Texas, had questioned the spending of taxpayers' money by publicly financed schools, especially in awarding contracts to Turkish-owned businesses linked to the movement. It also revealed that visa abuse dated back to at least 2009 and a complaint by a charter school union in Chicago over Concept Schools' abuse of the visa system.

Lawyer Robert Amsterdam of Amsterdam and Partners LLP, a law firm employed by Turkey to assist in the global investigation into the Gülen Movement, said at a press conference on Monday that companies in the United States linked to the movement had actively abused the visa system and brought in more foreign workers than large companies like Google into the United States. Amsterdam had said that most of those foreigners were not capable of teaching and had a limited knowledge of English. He claimed many of them were hired by charter schools and diverted nearly half of their income to the Gülen Movement.

Several schools affiliated with the movement are already closed. A school in Pennsylvania where Fethullah Gülen lives in a large compound was shut down for not fulfilling the criteria for charter schools. Truebright Science Academy was closed due to poor academic performance. The school was already under fire for irregularities in the H1B visa applications and employing inexperienced Turkish teachers paid more than their American counterparts.

Schools tied to the Gülen Movement have faced closures elsewhere in the world. As Turkey has stepped up its fight against the movement, Azerbaijan, a close ally of Turkey, shut down schools the movement operates in the country, as did Gabon and Senegal. In January, Tajikistan announced that it will not extend the agreement it made with the Gülen Movement over permission to operate schools in the country. Kosovo, Congo, Kazakhstan, Japan and Somalia have launched processes to close the movement's schools. Activities and operations of the Gülen Movement in the U.S. and Turkey have been scrutinized by a number of American media outlets that question the movement's motives, opacity and why the U.S. government is providing refuge for Fethullah Gülen, who is currently facing numerous charges including treason and extradition. The movement, led by Fethullah Gülen, who lives in self-imposed exile in the U.S., is accused of wiretapping thousands of people including government officials and encrypted phones. It has been accused of infiltrating state institutions in Turkey and trying to overthrow the government. Government officials have continuously expressed their determination to continue to lawfully fight the Gülen Movement, whose followers are accused of infiltrating state institutions to gain control of state mechanisms and illegal wiretapping, forgery of official documents and espionage.

Turkey, which has already purged a large number of Gülenist infiltrators from law enforcement and judiciary, is seeking to curb the movement's influence abroad in legal battles.

Lawyer Robert Amsterdam said at Monday's press conference that Gülenists were trying to gain political influence around the world with its activities through hiring international journalists. He said a comprehensive investigation into its activities was needed.

Amsterdam argued that an international investigation launched against the Gülen Movement will be of benefit to everyone and it is necessary for the accountability that global norms require. The lawyer had also claimed that they received death threats from Gülenists since they announced they would work with Turkey for investigation into Gülenists' activities.

Speaking to A Haber TV yesterday, Robert Amsterdam said they were still in the early stages of an investigation and was monitoring the FBI operations against Gülenist-linked schools. Amsterdam said the investigation is focused on overall organization rather than Fethullah Gülen. He said Gülen-linked schools received approximately $150 million from state funds in the United States every year.

Amsterdam also reiterated death threats by members of the movement, which advocates a peaceful dialogue between people of different faiths. He said Gülenist media outlets also released news reports defaming him and his firm. He said the extent of threats in the form of phone calls and e-mails showed the movement was not as transparent as it claims to be. Amsterdam stressed that the movement had a significant power in politics in the United States. The lawyer said the Gülen Movement funded congressmen and senators to wield influence.
Last Update: Oct 28, 2015 11:26 am
RELATED TOPICS