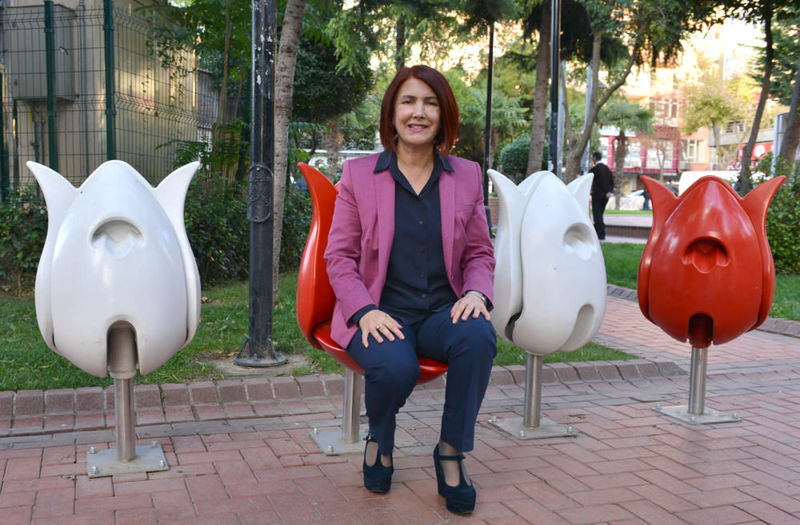 by Daily Sabah with Wires Nov 02, 2015 12:00 am
Handan Toprak, the mayor of Istanbul's Avcılar district, installed single seats exclusively for women in the district's parks in a bid of affirmative action.

A total of 600 seats in the shape of tulips were placed in parks where "women can enjoy sitting without the company of strangers," Toprak said.

Toprak said she came up with the idea after seeing that women were uncomfortable sharing three-person benches with men they do not know. "I know they are concerned that sitting with a stranger, with a man they do not know, will fuel rumors that the woman on the bench is having an affair. We had to give an option to women, a choice for their freedom," she said. Toprak said they would install 600 more seats for women soon.

A private space for women, especially in crowded places, has long been a point of contention in Turkey. Last year, a group of activists had started a social media campaign titled "Stop Spreading Your Legs" in response to men spreading their legs wide on mass transit, bothering female passengers sitting next to them.
Last Update: Nov 02, 2015 1:16 am
RELATED TOPICS