Refugees nabbed at Turkish border with Greece and Bulgaria 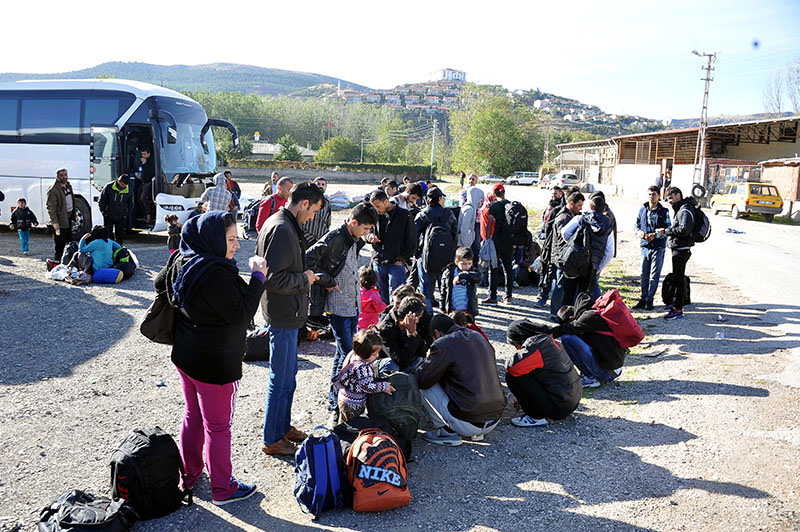 | AA photo
by daily sabah
Nov 02, 2015 12:00 am
Authorities intercepted 87 refugees from Syria, Iran, Morocco and Tunisia as they were attempting to cross into Greece and Bulgaria from Turkey's land border in the northwest on Monday.

Edirne, the northwestern border city where the refugees were captured, is not as popular as the Aegean Sea for refugees trying to reach Europe – as the border is more strictly controlled unlike the vast body of water where refugees risk their lives to cross into Greece. Still, with bad weather prevailing at sea, some refugees turn to Edirne for a journey on foot to Europe.

In September, a large group of Syrian refugees had launched a new push for Europe from Edirne upon rumors that EU countries would take in more refugees. Authorities had set up checkpoints on the roads to stop the vehicles carrying refugees into the city and managed to ward off the influx.

Despite daily reports of deaths among refugees sailing to nearby Greek islands from the Turkish coast, the refugee flow shows no sign of diminishing. An aggravated civil war in Syria and ongoing conflicts in other countries further drives up the refugee numbers.

Struggling with the increasing rate of illegal immigration through its lands, Turkey continues to advocate for the establishment of a safe zone in Syria to keep displaced Syrians safe within the boundaries of their country even though the international community has shown little interest in Turkey's proposal.
Last Update: Nov 02, 2015 6:13 pm