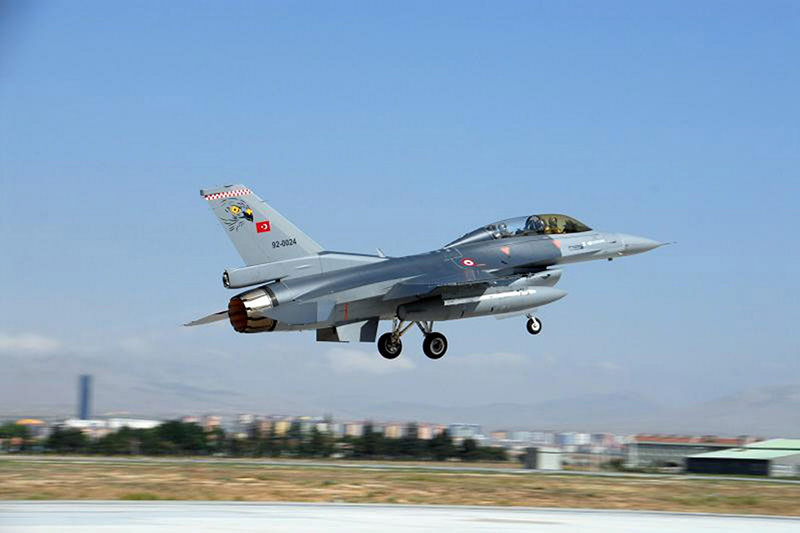 | File photo
by daily sabah
Nov 04, 2015 12:00 am
Turkish Air Forces conducted airstrikes on 16 camps and hideouts of the terrorist organization PKK in Northern Iraq, the Turkish military said on Wednesday.

According to the General Staff's statements, military jets bombed PKK positions in the mountainous Dağlıca area of Turkey's southeastern Hakkari province and in Avasin-Basyan region of Northern Iraq.

Several shelters, underground coves and weapon emplacements used by the PKK terrorist organization were destroyed in the airstrikes.

Meanwhile, in the operations that are currently continuing in Hakkari's Yüksekova region, 15 PKK terrorists have been killed. Security forces have also seized numerous weapons believed to belong to the PKK in their operation. Two soldiers have also been killed by the terrorists during the clashes.

"Two hero comrades fell as martyrs during clashes that erupted after an operation" in Yüksekova, the army said on its website, adding that one soldier was also wounded.

Since the PKK broke the almost three-year cease-fire in July, military operations have cost the group over 2,000 militants. Prior to Sunday's election, both Prime Minister Ahmet Davutoğlu and President Recep Tayyip Erdoğan assured that the state is determined in its fight with the PKK until it announces the long-awaited disarmament and withdraws its terrorists from Turkey.