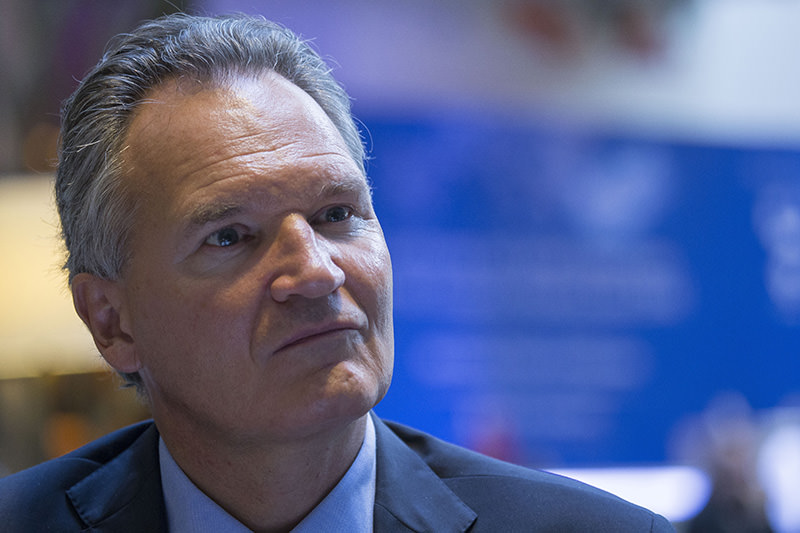 Robert-Jan Smits (AA photo)
by Daily Sabah Nov 06, 2015 12:00 am
Director-General of Research and Innovation of the European Commission, Robert-Jan Smits, told an Anadolu Agency reporter during an interview on Friday that scientists at Turkish universities are conducting significant research, especially in biomedical and health fields and that if there was a bet, he would speculate that they would get a Nobel Prize in biomedical sciences.

Smits said, "I am closely acquainted with scientists from Turkey who conduct critical research studies in this area [biomedical sciences].

These studies will bear their fruits in the future, according to Smits, who noted studies in biomedical sciences may bring the Nobel Prize.

Smits added that the growth of Turkish economy was also reflecting on the universities in terms of an increase in studies. "If this atmosphere persists, then there is no reason why universities and research would not rank first. I believe that they will be effective not only in Europe, but also in the world," the director-general said.

In 2014, Turkey participated in the EU's biggest research and innovation program called "Horizon 2020." The agreement with the EU enables Turkey's research studies, SMEs, universities, municipalities, and research centers to benefit from a budget of nearly 80 billion Euros funding available over seven years from 2014 to 2020 to the union's member countries.