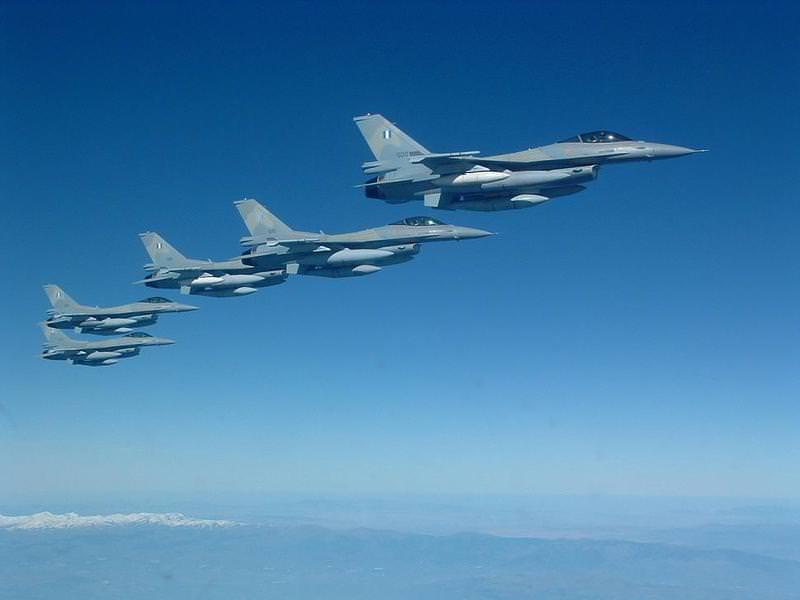 by daily sabah
Nov 07, 2015 12:00 am
Four Greek fighter jets violated Turkish airspace for one minute on Saturday, the General Staff posted on its website.

On October 3 and 4 Russian fighter jets had violated Turkish airspace and the Ministry of Foreign Affairs summoned Russian ambassador to the ministry over airspace violation.