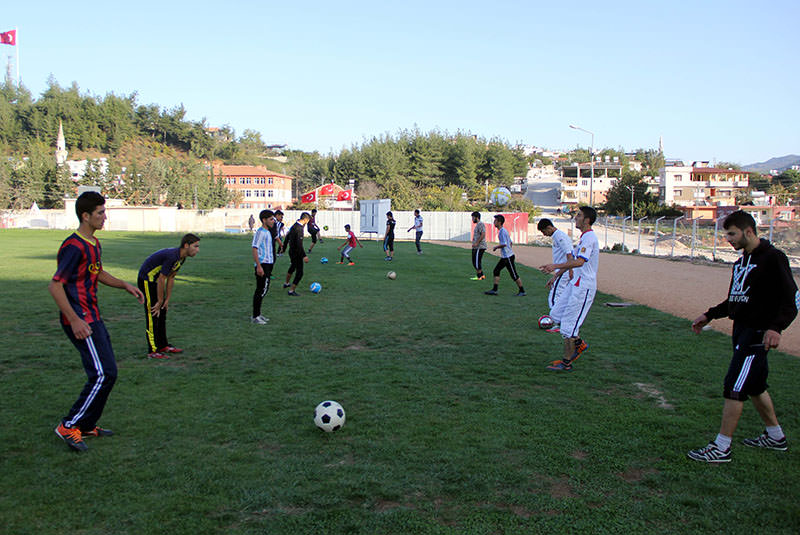 | AA photo
by Daily Sabah with AA
Nov 07, 2015 12:00 am
A newly opened football academy established by the Syrian Turkmen in Turkey's southern district of Yayladağı in Hatay province, says it wants to build up a new generation of players for "the new Syria".

Established in October by the Syrian Turks Association, the young players -- taking shelter in Turkey because of the civil war -- are trying to maintain a sense of normality while chasing their dreams. 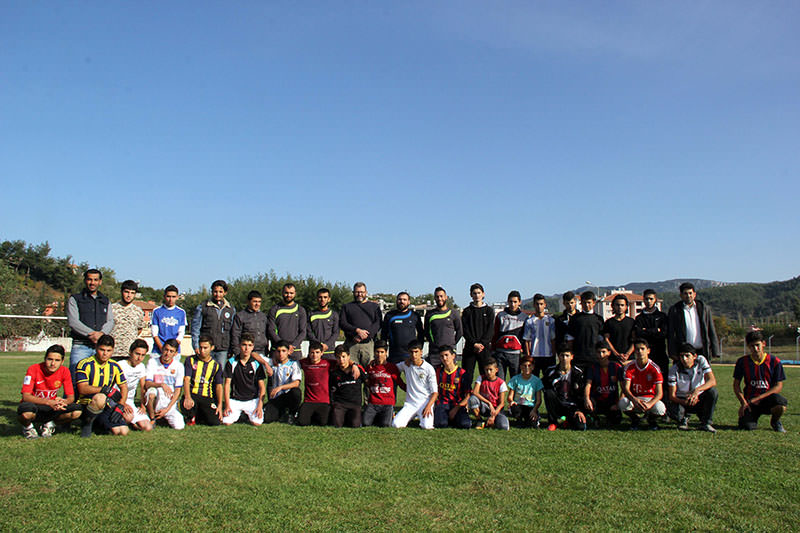 "The war in Syria is the biggest war in this century. Now many teachers, doctors, artists, artisans or people with professions have died or emigrated. When the war in Syria is over, we should start our lives in a strong way. We have to go back to our country by being qualified in every aspect," Vezir said.

The Hatay football academy is one of the projects for a "new Syria", he said.

"We are waiting for Turkish clubs' support. When we were in Syria, we did not miss any matches of the Turkey national team or the Turkish clubs' European matches.

"We prayed for them. We celebrated their victories in the streets and now we expect Turkey's prayers. We want them to support us as we do [them] and we expect their visit," he said.

"We want them to hold the hands of our kids before they kick-off their European matches," Vezir stated. 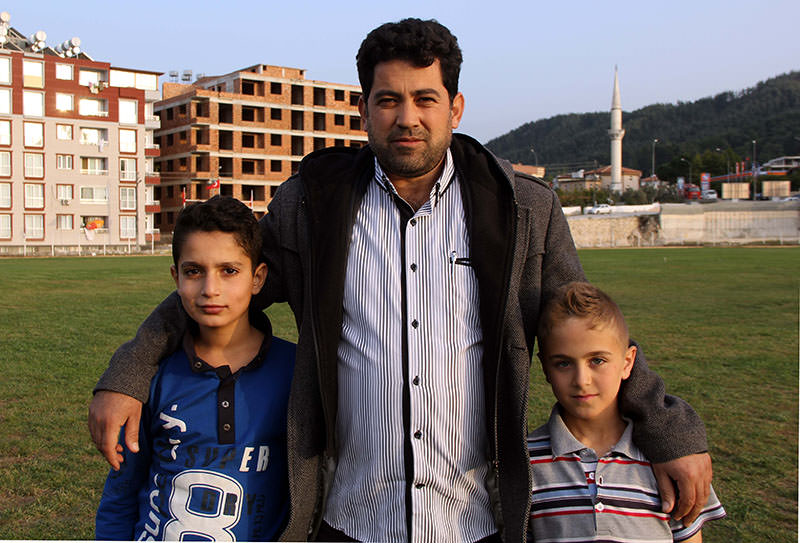 "The coaches and young professional footballers are training the children and teens. We will create a team after picking the most talented ones among the 80," he added.

One of the youngsters, Ridvan Bal, 10, told Anadolu Agency: "The course is very good. I want to be a player like [Barcelona-signing] Arda Turan by developing myself."

Another budding star, Kened Abu, 13, described how he escaped from Syria to Turkey, adding: "I want to make my dream come true here. I did not think that I was able to find an opportunity. I thank everyone who made the effort to establish this academy."

The Syrian civil war has claimed more than 250,000 lives since 2011 and made the country the world's single-largest source of refugees and displaced people.

Nearly 4 million Syrians have become refugees and at least 7.6 million have been internally displaced, according to UN figures.