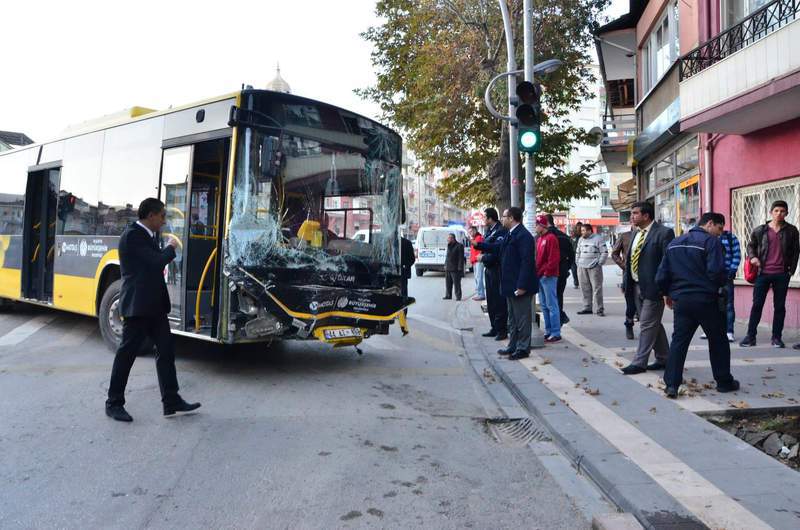 | IHA Photo
by daily sabah
Nov 07, 2015 12:00 am
A public transit bus in Turkey's Eastern Malatya province would have been crashed on Saturday if a passenger did not get behind the wheel when the 49 year-old bus driver had a heart attack while driving.

According to reports, the bus driver had a heart attack while the bus was going downhill and sped up.

A passenger by the name of Zekeriya Demir got behind the wheel and stopped the bus, which was reportedly crowded. However, the bus reportedly hit a tree and 11 parked vehicles.

The bus driver was rushed to the hospital's intensive care unit, and has reportedly recovered.

Recently, a passenger in Istanbul hit the news when she had a heart attack as soon as she got on a public transit bus and the bus driver and passengers heroically tried to rush her to the hospital in Istanbul traffic.