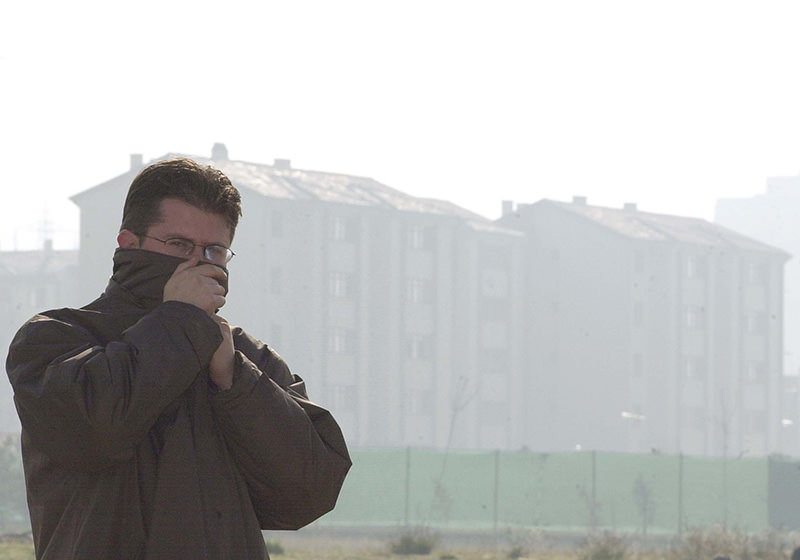 | File photo
by daily sabah
Nov 09, 2015 12:00 am
Turkey's Ministry of Environment and Urbanization has revealed a map on Monday in which the country's provinces and districts were listed based on their level of "air pollution." Accordingly, Afyonkarahisar –located in western Turkey– was reported to be the most polluted province, whereas the northwestern province of Eskişehir has the most acceptable level of air quality.

Iğdır, Osmaniye, Gaziantep, Bitlis, and Siirt's air quality are also "unhealthy" according to World Health Organization (WHO). According to WHO, the acceptable level of pollution is a maximum of 300 micrograms.

In the Marmara region, the Keşan district of Edirne province and the city of İnegöl in the Bursa province suffer the most from air pollution. In Istanbul, on the other, Esenyurt district has the worst air quality whereas the small town of Şile with 10,000 residents along the Black Sea has the cleanest air.

Burning fossil fuels such as coal generates 50 percent of air pollution in Turkey, whereas the effect of traffic is about 30 percent, according to reports.
Last Update: Nov 09, 2015 12:49 pm