A warm winter for Syrians in the largest refugee camp 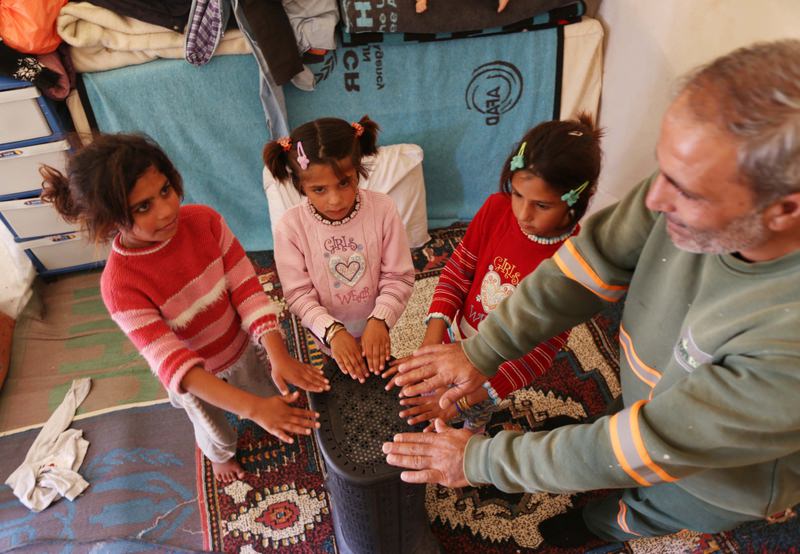 by Daily Sabah with AA
Nov 10, 2015 12:00 am
With a harsh winter fast approaching, tens of thousands of displaced Syrians, who took shelter in Turkey's largest refugee camp in southeastern Turkey, are bracing for a cold winter. But unlike their fellow expatriates forced to endure the severe cold in poorly heated houses, theirs will be a relatively warm winter as authorities have started furnishing their tents with heating equipment.

The 24,000-person capacity camp in Suruç, a town in Şanlıurfa situated on the border with Syria, was set up last year exclusively for Syrians, who fled the conflict in Syria's Kobani where Kurdish militants clashed with the Islamic State of Iraq and al-Sham (ISIS) in a conflict that displaced tens of thousands of people.

Nowadays, its occupants are busy installing the electric heaters the camp administration has distributed as well as cold-proof equipment inside the tents while camp workers distribute extra blankets to the occupants. People, meanwhile, are wrapping up cans of pickles they readied for winter, along with pepper paste, a favorite staple.

Camp administrator Mehmet Han Özdemir says both state-run and private aid organizations have started sending aid to refugees, from food to blankets. He said the camp was undergoing renovation for better accommodation of refugees during the winter and would set up new recreational facilities for Syrians to spend time during the winter. "We already delivered 5,000 heaters and are handing out extra blankets. We also deliver winter shoes and clothing for children," he said.

Abdullah İsmet stays in a tent with eight others, including his children. "My children are too young and I was afraid they would be cold. But they gave us two blankets for everyone and two heaters," he said, praising the camp administrators for addressing to their every need before the cold weather sets in in Suruç, an area with barren terrain and severe winter conditions.