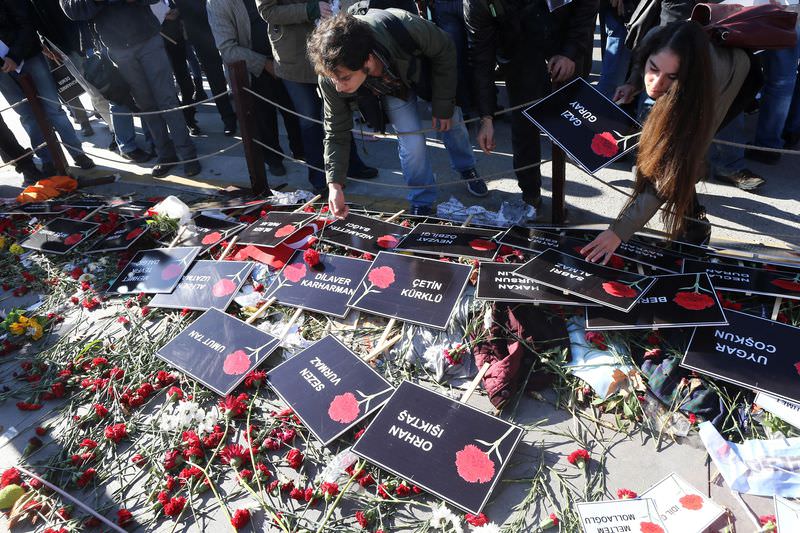 by Daily Sabah with AA
Nov 18, 2015 12:00 am
The death toll from last month's Ankara bombing has risen to 103 after one of the wounded victims died, judicial sources said Wednesday.

No further details were available. It is not known how many other victims are still in critical condition. A week after the Oct. 10 attack, 150 remained in hospital.

The twin suicide bombings in Ankara – the deadliest attack in modern Turkish history – were set off by two suspected suicide attackers in a crowd of leftist, pro-Kurdish and union activists at a peace rally. The atrocity came as the country prepared for a general election.4

Experts involved in the investigation said the bombs used in Ankara show many similarities to the one used in Suruç bombing which killed 33 people and wounded more than 100 on July 20.