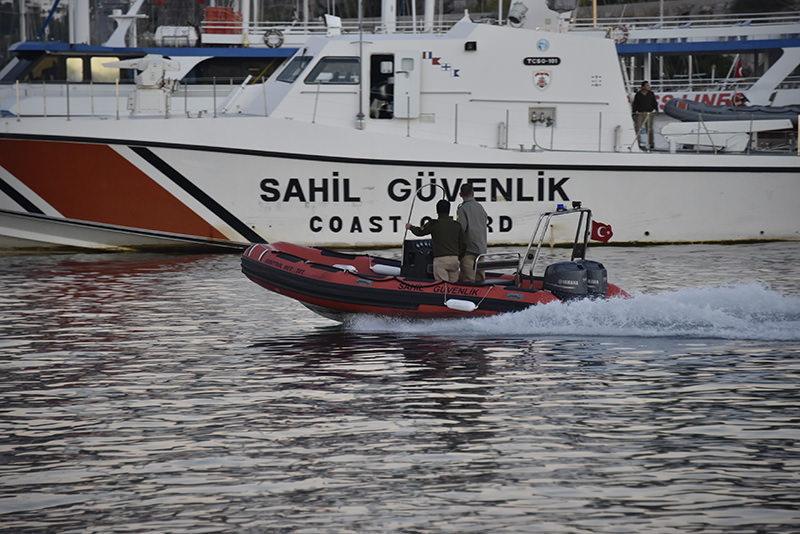 The bodies, which include two children and a woman were sent to the morgue at Bodrum State Hospital.

The bodies are believed to be part of a group of refugees who were reported missing after a boat sank off the coast near Bodrum district Wednesday.

The refugee boat sank into the Aegean Sea close to an island named Catalada. Coast guards are continuing their search for more bodies in the area.

Five refugees from the same group were rescued Wednesday, who were later sent to the Coast Guard Command in Turgutreis district.

The boat had been en route to Kos Island of Greece -- one of the mostly preferred destinations by the refugees -- when it sank.

Turkey's four provinces of Izmir, Muğla, Aydın and Çanakkale, which face Greek islands in the Aegean and Mediterranean seas, are prime spots for refugees leaving Turkey for the EU.

At least 3,138 refugees have died crossing the Mediterranean Sea so far this year, according to the International Organization for Migration.

According to the UN's Refugee Agency, the total number of arrivals in 2015 so far in Europe via the Mediterranean is now over 640,000 people.
RELATED TOPICS