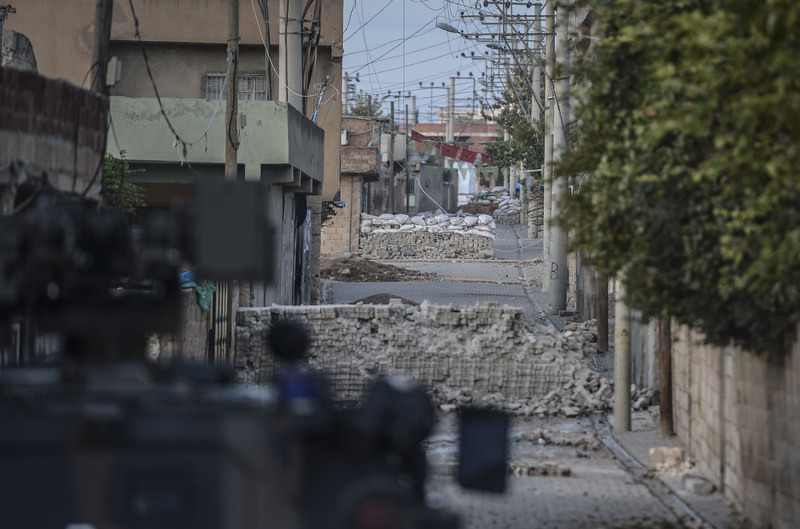 According to the sources, the terrorists were killed in an operation in the province's Nusaybin district, which has been ongoing following a curfew declared on Nov. 13.

People in the area are also facing power cuts and water shortages because of suspected damage caused by the PKK.

Also, eight PKK militants, including one from Şırnak province, one from Hakkari province and one more from Şanlıurfa province surrendered to security forces, the sources added.


Renewed violence in Turkey came in the wake of a July 20 Suruç suicide bombing, which left dozens of people dead and was blamed on DAESH. The subsequent PKK-linked murder of two police officers at their home sparked a new wave of violence in the country.

The Turkish government intensified its counterterror operations following the recent attacks carried out by the PKK, reportedly killing more than 2,000 PKK terrorists in operations inside Turkey since they began on July 22.

PKK militants have killed more than 120 security personnel and tens of civilians since the terrorist organization recommenced its attacks against Turkey after the June 7 general elections in which the PKK-backed pro-Kurdish Peoples' Democratic Party (HDP) passed the 10-percent electoral threshold.

The PKK is recognized as a terrorist organization by the U.S., the EU and Turkey.

Formed in 1978, the terrorist group has been fighting the Turkish government for an independent state until the early 2000's. The group then shifted its goal to autonomy in predominately Kurdish inhabited regions of Turkey.
RELATED TOPICS