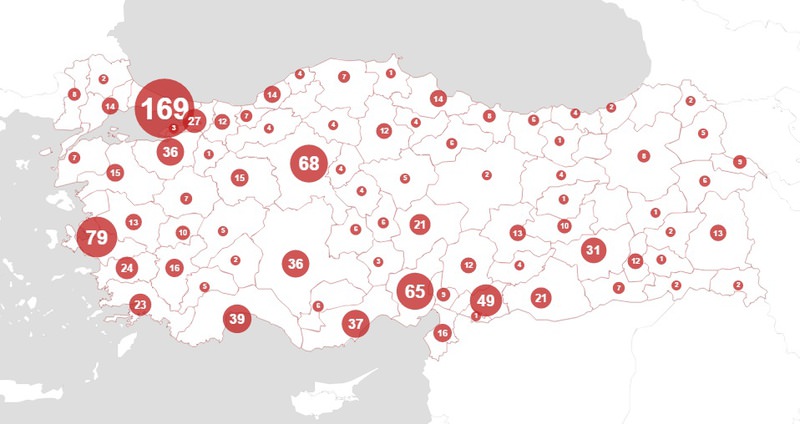 by Daily Sabah Nov 25, 2015 12:00 am
A website launched by journalists and supported by a journalism platform mapped out the murders resulting from violence against women throughout Turkey, while preparing graphics regarding information on victims themselves, along with the excuses and outcomes of the incidents.

The website, "kadincinayetleri.org," aims to bring together various information reported on "femicides" by public institutions, NGO's and media. Its aim is to produce and clarify data in order to come up with solutions and policies. The information used by the website is being provided by bianet.org.

So far, 1134 murders have been recorded by the website during the period between 2011 and 2015. The data of 2015 has not been recorded to the website so far; however, the increasing trend of violence is alarming as murders increased by 23.5 percent in 2014.

Rejection of reconciliation, request for divorce, morals or tradition, suspicion of cheating were cited as the main excuses in most cases. In 217 cases, systematic violence, harassment and threat was present, while 141 murders took place even though the victims applied public institutions for security.

Only 6.1 percent of the assailants managed to escape, while 58.7 percent of assailants were captured and 13.9 percent turned themselves in. This data supports the view that policies over the issue should focus on prevention of the attacks.
Last Update: Nov 25, 2015 3:50 pm
RELATED TOPICS