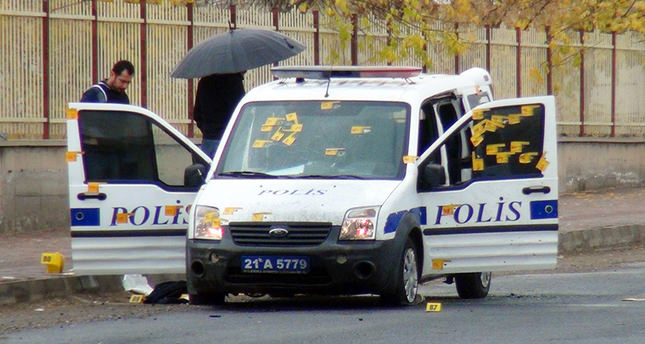 Three policemen were injured in an attack by PKK terrorists in Turkey's southeastern province of Diyarbakır on early Friday morning, police sources said.

The incident took place after a group of PKK terrorists carried out an armed attack on policemen who were patrolling in the Bağcılar neighborhood.

After the clashes between policemen and terrorists, one PKK terrorist was killed. The remaining terrorists reportedly drove away.

The PKK - considered a terrorist organization by Turkey, the U.S. and the EU - resumed its armed campaign in late July.

More than 180 members of security forces have been killed since and over 1,700 PKK terrorists have been neutralized in operations across Turkey and northern Iraq, including airstrikes.

Share on Facebook Share on Twitter
Previous in Turkey Turkish police have detained one suspect with links to the Daesh terror... Next in Turkey The editor-in-chief and a reporter from a Turkish newspaper were arrested...
DAILY SABAH RECOMMENDS