Nearly half Turkey at risk of desertification 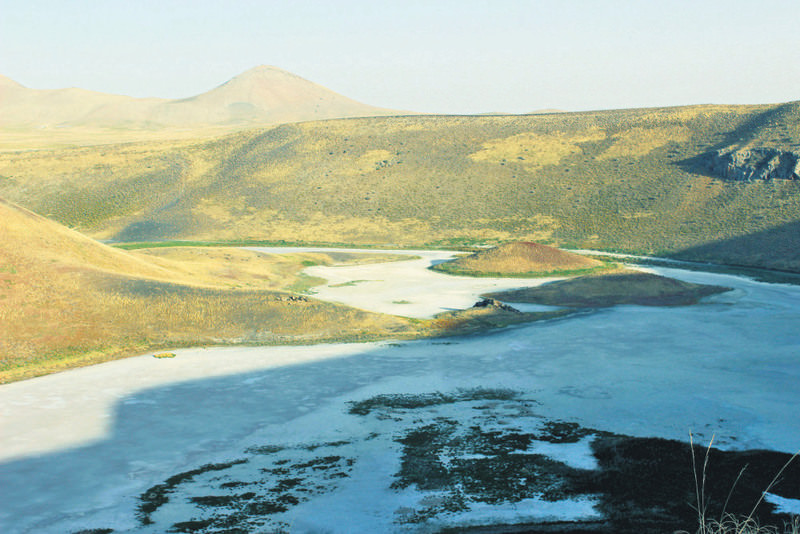 About 47 percent of Turkish territories are at risk of desertification, according to a statement released yesterday by the Forestry and Water Affairs Ministry, which prepared a risk map on the issue.

Desertification threatens millions of people in several countries. It can also drive more people to displacement, especially at a time of an escalated refugee flow into Europe from conflict-ridden countries - the worst influx since World War II. The phenomenon affects more than 250 million people in the world. A further 1.2 billion people in 110 countries are potentially threatened by desertification.

Turkey, a host of multiple climates due to its diverse terrain, faces the risk of desertification, which, like other countries, stem from the onset of climate change and other factors such as misuse of agricultural lands, harmful irrigation methods and others. More than half of Turkish soil has the characteristics of arid, semi-arid and semi-humid climates. Turkey's central and southeastern regions, known for their vast flatlands and steep mountains, are particularly vulnerable to the risk of desertification. Erosion is another threat for Turkey where the elevation of most land is far higher than countries in its immediate region or European countries.

The risk map published on the ministry's website shows the Konya-Karapınar region in central Turkey, the Iğdır-Aralık region in the east and the Şanlıurfa-Ceylanpınar region in southeastern Turkey as areas with a high risk of desertification. No high risk was indicated for the country's other regions situated near the seas.

Forestry and Water Affairs Minister Veysel Eroğlu said Turkey is "sensitive" to the issue, and that the risk map and monitoring of risky regions are essential to fight the phenomenon. "We completed the verification and calibration process for data regarding desertification, and we will further inspect other areas that may be under potential risks," he said.

Speaking to Anadolu Agency (AA), Hanifi Avcı, the director of the ministry's anti-desertification and erosion agency, said Turkey is among the countries with the most effective measures against both desertification and erosion, and they earmarked a sizeable budget to fight them. "Turkey has been fighting land degradation for a long time, especially by planting trees. Erosion is one of the major factors that causes and exacerbates desertification. We have managed to decrease the amount of degraded soil to 168 million tons from 500 million tons. Turkey has vast experience with erosion reduction, flood control and planting," Avcı said. Throughout the past decade, Turkey has embarked on an ambitious mass planting campaign, and the country aims to convert up to 30 percent of its territories to forests over the next decade.

Salinity, due to irrigation, also contributes to erosion. Avcı said Turkey has mostly changed its irrigation methods to prevent salinity, which exists due to the salt the water leaves in the soil and eventually leads to erosion. He stressed that upgrading to drip irrigation instead of wild flooding, where water freely flows across the land, helped to decrease the salinity.

In October, Turkey hosted the 12th session of the Conference of the Parties to the United Nations Convention to Combat Desertification, a preliminary meeting ahead of this week's climate change summit in Paris. The country had pledged to give $5 million to Africa to help fight desertification on the continent.
RELATED TOPICS