My family is Turkish, Spanish, English, Adele tells Dutch TV in her 2009 interview 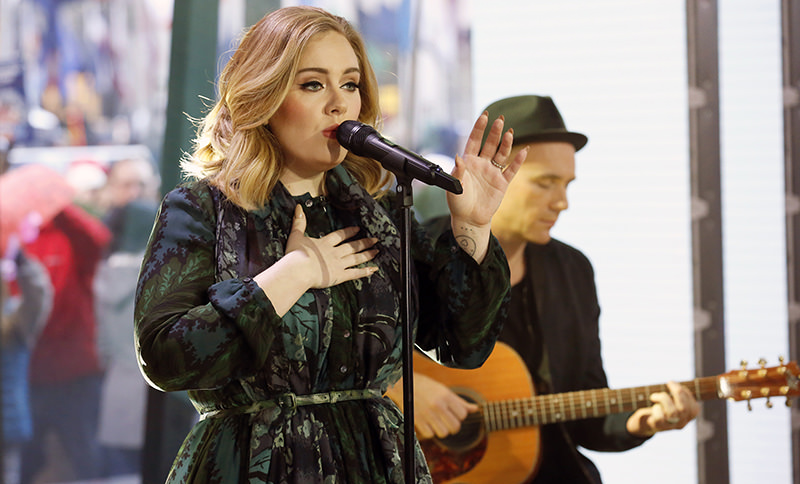 
Adele, whose new album "25" has been topping music charts for weeks, may have Turkish roots, according to an interview conducted by Dutch TV RTL in 2009.

The interview, which was conducted in the early years of Adele's music career, is expected to spark debate, following claims about her song 'Million Years Ago' resembling deceased Kurdish-Turkish singer Ahmet Kaya's song "Acılara Tutunmak."

In the video, Adele talks about her life while she strolls around the streets of London with a Dutch interviewer, who brings up the issue of physical appearance in the discussion:

"Since you became famous, do you worry more about your looks and your weight?" the interviewer asked Adele.

Adele responded by saying that looks were not an issue for her.

"Music isn't for the eye, it's for the ears," she snapped back adding that she's never been skinny since adolescence.

"It's funny 'cause all my family are so thin, they're Turkish, Spanish and English," the superstar told Dutch TV, and noted that she is half Welsh, hence the 'curves.'

However, Adele did not elaborate on her Turkish and Spanish background, and who in her family have Turkish roots, or if she had been listening to Turkish music before.

Adele's "25" sold 1 million copies faster than any album in British music history and topped the album charts for the second week running on Friday.

Fans bought over 1 million copies of the British singer's third album in just 10 days, beating the previous record holder "Be Here Now" by Oasis, which took 17 days to hit the same milestone in 1997, the Official Charts Company said.