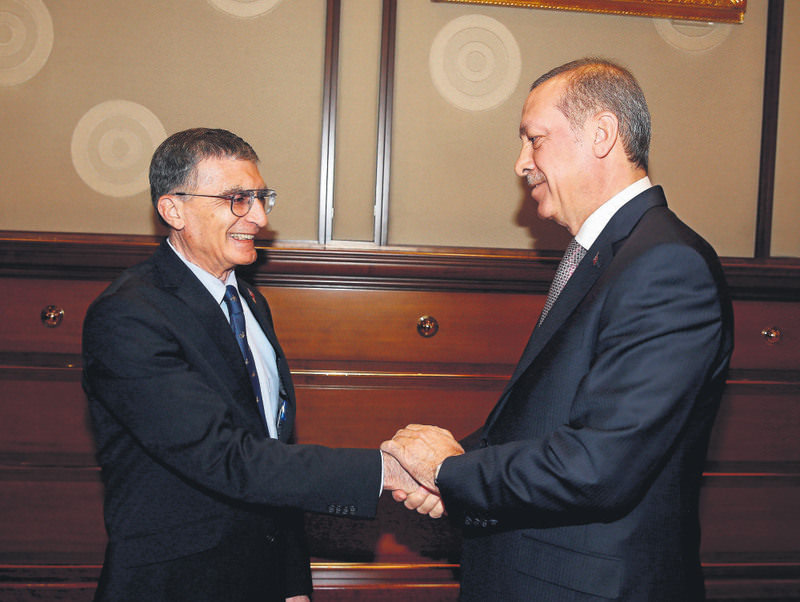 President Erdoğan found a worthy companion for his anti-smoking campaign in Nobel prize for chemistry laureate Aziz Sancar. Sancar told media after a meeting with the president yesterday that Erdoğan asked him to tell the public to quit smoking, and affirmed that quitting smoking is the best way to decrease the risk of cancer

President Recep Tayyip Erdoğan Tuesday hosted Aziz Sancar, a Nobel chemistry prize laureate at the Presidential Palace in Ankara, five days after the 69-year-old scientist was handed the prize in Stockholm for his DNA repair studies, which is expected to advance the efficiency of cancer drugs. Their conversation in the hour-long meeting, according to Sancar who spoke to A Haber TV, eventually came to the topic of smoking, one common practice in the country that the president despises - so much so, that he is credited with decreasing the smoking rates in Turkey.

Sancar said Erdoğan asked him to discourage people from smoking at every event he attended. "He told me that the public would heed the advice of a scientist who told them not to smoke," the U.S.-based scientist said in an interview with the Turkish TV channel.

Sancar, accompanied by his wife Gwen, was invited to Turkey by Erdoğan who hailed his accomplishment as "the best example of Turkish people's efforts to regain their leading role in science." 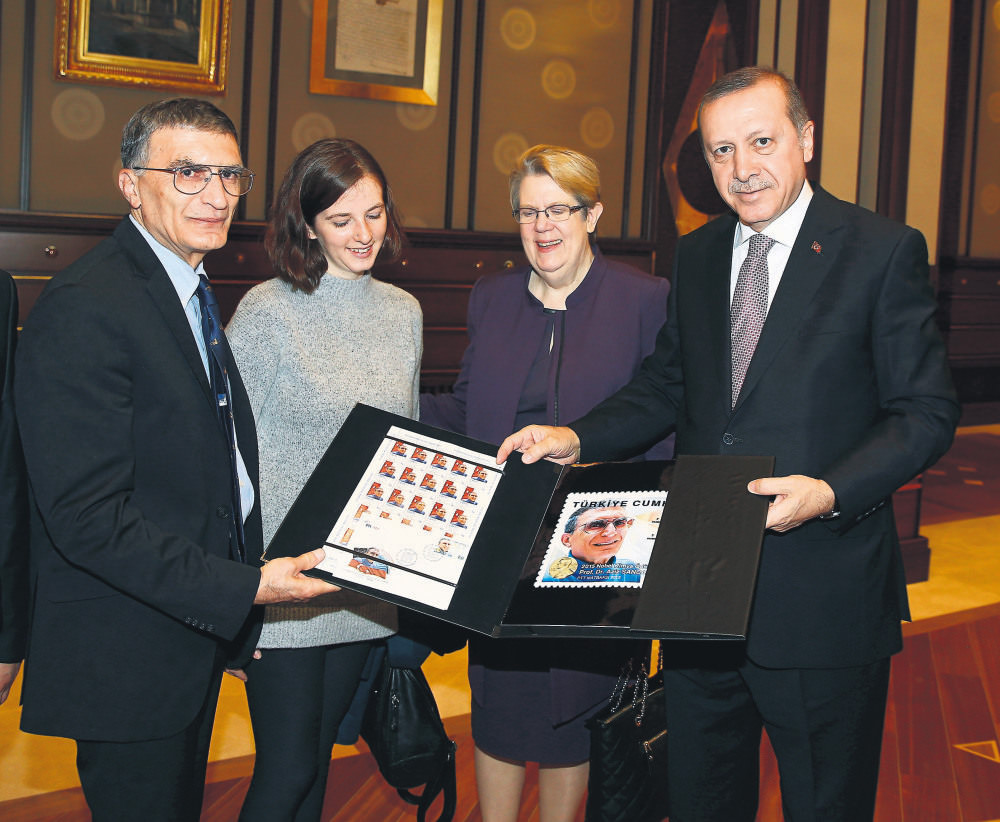 The scientist, who shared this year's Nobel Prize in chemistry with Sweden's Tomas Lindahl and Paul Modrich from the United States, was lauded for his studies on the repair of damaged DNA. He discovered the mechanisms used by cells to fix damage by ultraviolet radiation and how cisplatin, a common cancer drug, and similar drugs damaged the DNA of cancer cells, contributing to future research on better targeting and killing cancer cells. "The question I was asked most by the public is when I will find a treatment for cancer. I tell them there wouldn't be half of the cancer cases seen today if people did not smoke. Other types of cancers are tied to other factors, such as damage to DNA. We can improve cancer drugs with our studies," he said.

Sancar said earlier in another interview that lung cancer caused by smoking was the most dangerous type of cancer, and DNA repair mechanisms he studied were critical to repairing the damaged cells caused from smoking. "But if you keep smoking more and more, the mechanism cannot keep up with it. We have no way to boost DNA repair, to make it more efficient. So, in the end, it is best not to smoke in order to prevent cancer," he said.

Erdoğan, a staunch opponent of smoking, had spearheaded a notable campaign against the habit during his tenure as prime minister. In 2009, the government introduced comprehensive legislation against the habit, banning smoking in all public places, and plans to further extend the ban to outdoor areas, such as the courtyards of public buildings and parks. Turkey also announced a 2015-2018 action plan for its tobacco control efforts earlier this year. The plan brings plain packaging for cigarettes and compulsory identification checks during cigarette sales to prevent sales to minors.

Erdoğan himself engages in personal fights against smoking. For instance, when coming across a smoker, Erdoğan often tries to convince him or her to give up the habit. He also urges them to add their contact information to the cigarette packs so he can later check and see whether they quit.

Turkey is now among seven other countries in the world imposing effective tobacco control measures or efforts to decrease the consumption of tobacco products ranging from cigarettes to cigars, according to the World Health Organization (WHO). A WHO report released earlier this year showed a 12 percent decline in tobacco sales and a decline in the prevalence of tobacco smoking from 31.2 percent to 27.1 percent in four years.
Last Update: Dec 16, 2015 1:36 am
RELATED TOPICS