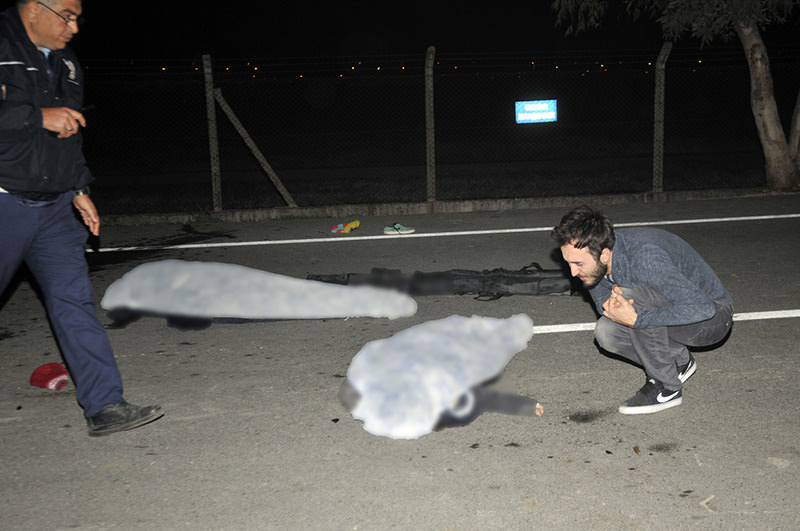 | DHA photo
by Compiled from Wire Services Dec 21, 2015 12:00 am
Two inebriated teenagers were killed when a truck ran them over as the two posed for a selfie while lying down on a poorly lit road in southern Turkey late Sunday.

Muhammet Bozkurt, 17, and Çağlar Savaşçı, 19, were traveling with three other friends in a rental car in the city of Antalya and had drunk heavily.

Five men stopped their car near the airport and started watching planes taking off and landing before they decided to take a selfie lying down on a dimly lit section of the road. The driver of a speeding truck did not notice the teenagers lying down and ran them over. Three men escaped being crushed to death at the last moment while Savaşçı and Bozkurt died at the scene.

The selfie trend spread quickly among Turks, as it did elsewhere in the globe, and had already claimed one life in Istanbul when a 15-year-old boy killed himself when he accidentally pulled the trigger of his father's pistol while taking a selfie earlier this month.
Last Update: Dec 21, 2015 7:15 pm
RELATED TOPICS