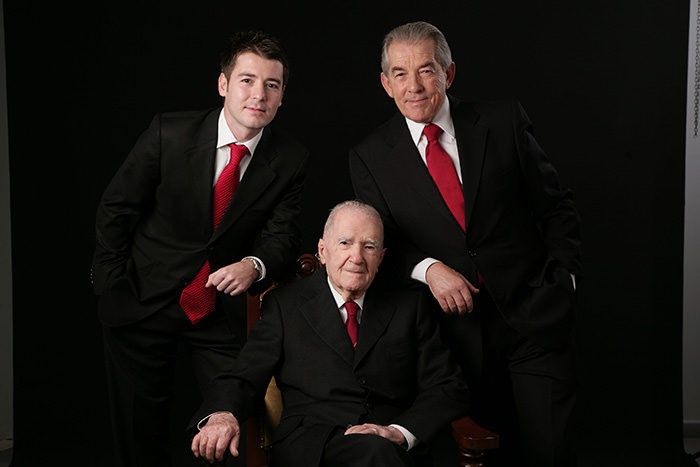 by Anadolu Agency Dec 23, 2015 12:00 am
A U.K. man with close ties to Turkey is set to continue a heartwarming tradition started by his grandfather decades ago by sending Christmas cards to the ruling British monarch.

Andrew Simes, 34, a Londoner who spent half of his life in Turkey's Aegean province of İzmir, posted a message on social media about his family tradition earlier this month. The Facebook post went viral and was shared more than 25,000 times. "Ever since Grandpa could remember, he made sure to send a Christmas card to his king/queen. So naturally, since 1952, Elizabeth II kept receiving his mail," wrote Simes, a fluent Turkish speaker.

Speaking to Anadolu Agency (AA), Simes – who describes himself as the sixth generation of his family to have ties with Turkey – said his ancestors first moved to İzmir in 1815 to build railways for the Ottoman Empire.

"I merely sent a Christmas greeting with no word of my grandpa, but received a wonderful letter of condolence. It was not only great to receive a letter from the Queen, but to be reminded of my grandfather's memory was wonderful," he wrote online.

Both his grandfather and Simes received replies from the queen "but usually it is a short and sweet protocol message." Andrew's grandfather had a chance to meet with the queen in 1972 at a reception in İzmir, he wrote. "When it was his turn to be introduced to the queen, instead of a formal handshake, she paused, smiled and quipped: 'So, it's you who keeps sending me those lovely Christmas cards.' Of all her subjects, Grandpa stood out – perhaps because he mailed his letters from Turkey – but what a memory and level of kindness on the queen's part. She even wrote him to congratulate him on his 100th birthday. Sadly, Grandpa passed away in the summer of 2011 at the age of 102," he wrote.

Andrew began sending Christmas cards after his grandfather's death. "In January 2012, about a month after Christmas, I received a letter. The envelope suggested that it was sent from Buckingham Palace. In it was written: "When I received a letter from a different Simes this Christmas, I instructed my office to research your grandfather's whereabouts. Therefore, it is with much sadness, I have learned of his passing and extend my condolences to you and your family,'" Simes posted online.

"I couldn't fight back the tears then, nor can I fight them back every time I remember this story of two people who left a lifelong impression on each other. And today, just as every year, I sent my Christmas cards … but the top of the list was reserved for Her Majesty," he added.

Some Turks also responded his post. Esra Şahin wrote: "That is a great story and a lovely memory, hope the next generations of yours will go on as they would absolutely learn from you." Müge Hestbeak wrote that she had tears in her eyes while reading the "heartwarming story."

Asked if he plans to continue this tradition, Simes said: "Not only do I plan to continue, but it's a responsibility I want to pass to my children someday."
Last Update: Dec 23, 2015 5:06 pm
RELATED TOPICS