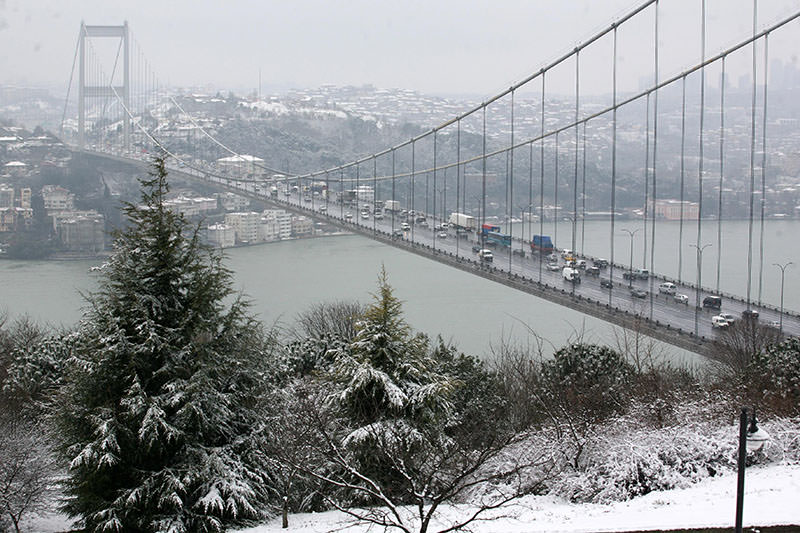 by daily sabah Jan 02, 2016 12:00 am
Istanbul port authority announced on Saturday that the Bosporus strait was both ways closed to shipping traffic as of 12.58 p.m. due to heavy smog.

As physical conditions did not prevail for a safe passage through the Strait, the port authority said that they temporarily halted the shipping traffic from and to the Black Sea.

Turkey's western and northern regions have been gripped by heavy snowfall since Thursday, after months of relatively warm temperatures. The bad weather brought a string of problems, especially for motorists, while it was most welcomed by children who have been spending the last couple of days building snowmen and having snowball fights as schools were closed.

The General Directorate of Meteorology said on Saturday that the country is expected to be gripped by a warm and rainy airstream coming from the Mediterranean Sea, starting on Sunday.

With the heavy snowfall leaving the country, temperature level which dropped as low as zero degrees Celsius in the western Turkey, will be back to seasonal normal.

Accordingly, cities on the coastal strips will receive a huge amount of rain in the upcoming days, whereas other places will still see snow, but mixed with rain.