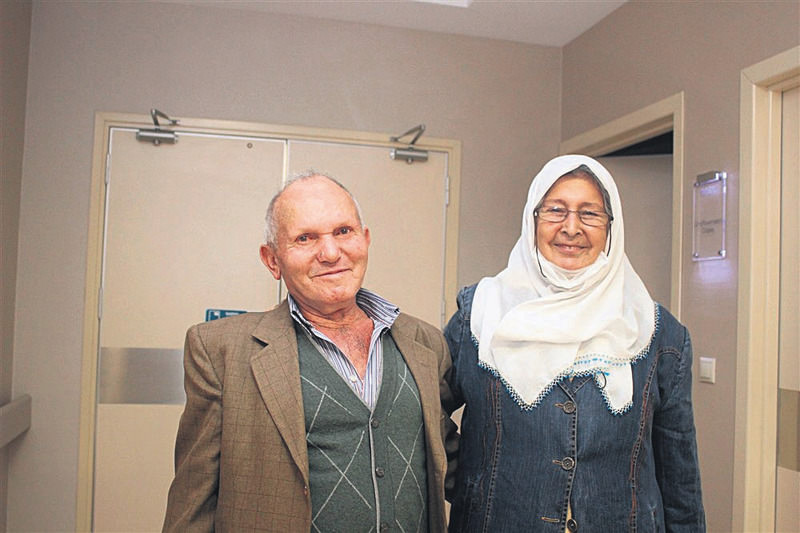 by Anadolu Agency Jan 04, 2016 12:00 am
A woman in İzmir, on Turkey's Aegean coast, received a new lease on life after doctors transplanted a kidney donated by her husband of 52 years. Mühide Sargılı, who is from Antalya, learned that her kidneys were too small in 1994, had been suffering from its effects ever since. She had been forced to undergo dialysis treatment at regular intervals starting from May 2006 but discontinued it a few years later. Doctors then told her she had to receive a kidney as soon as possible. Her husband, Hüseyin Sargılı, 69, was first to volunteer. Mühide Sargılı said, "My partner in life gave me a second chance. I could not bear receiving dialysis ever again. I thank my husband and my doctors."

Hüseyin Sargılı said, "I told them I would donate my kidney if it was compatible. It was and hence it was transplanted. God gave me two kidneys and I gave one to my wife. What's a life without her? We will be healthy and happy for the rest of our lives."

Doctor Ebru Sevinç Ok said there was no age limitation for organ donors, adding that the only prerequisite was for the donor to be healthy.
RELATED TOPICS