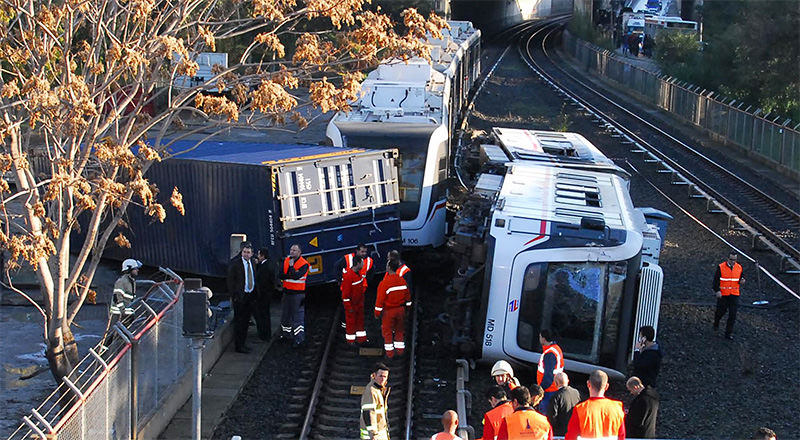 |DHA Photo
by daily sabah Jan 08, 2016 12:00 am
Several people were injured in a light train accident on Friday in Turkey's western İzmir province.

The incident reportedly occurred at 7:50 a.m. close to the Local Station when a container toppled on a light train after it slipped while being loaded.

Emergency services rushed to the scene shortly after the accident.

The slightly wounded passengers were taken to the Ege University Hospital.

According to initial reports, there were no severely wounded passengers.
Last Update: Jan 08, 2016 10:04 am
RELATED TOPICS