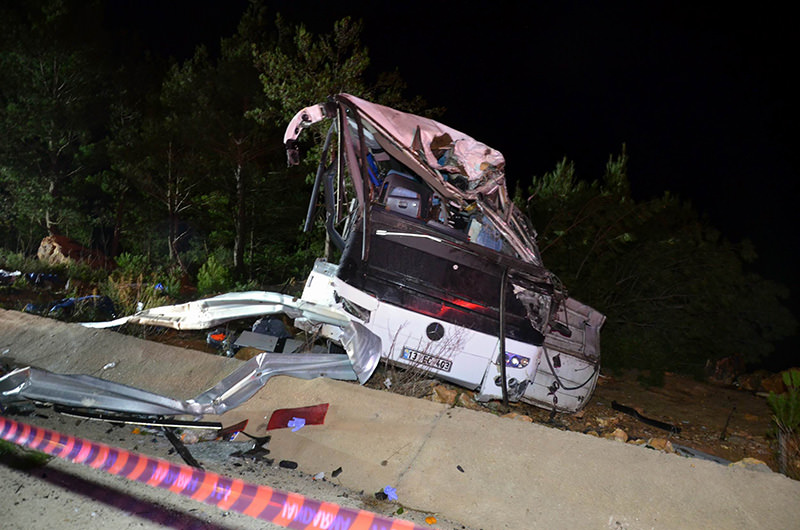 by Daily Sabah with DHA Jan 09, 2016 12:00 am
Eight people died and 42 others were wounded as a bus carrying refugees overturned due to speeding in Havran district of Turkey's western province of Balıkesir on early Saturday.

The refugees, most of whom are Syrians, were heading to the town of Ayvalık to cross the Aegean Sea into the Greek island of Lesbos.

The bus driver Y.Ö., who died in the accident, was the only Turkish national in the bus.

Wounded refugees were transferred into hospitals in Havran and adjacent districts. Seven refugees are in critical condition.

An investigation was launched into the accident.
Last Update: Jan 09, 2016 10:57 am
RELATED TOPICS