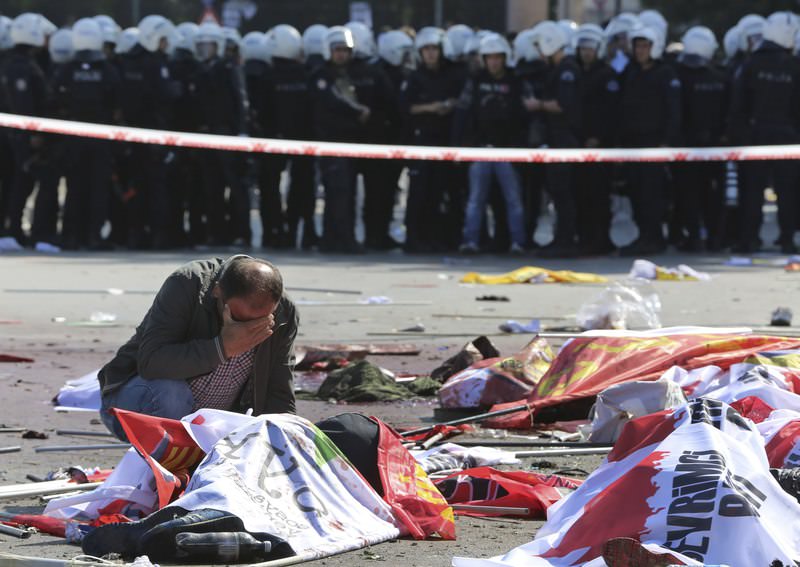 by daily sabah Jan 10, 2016 12:00 am
Turkish authorities on Sunday identified the second suicide bomber, who killed 103 people in an attack on October 10 in Ankara, by his initials E.U. and said the attacker was a Syrian national.

The Ankara Public Prosecutor's Office previously confirmed in a statement on Oct. 19 that one of the suicide bombers in the Ankara twin suicide bombing was identified as an Daesh-linked terrorist named Yunus Emre Alagöz, brother of the man suspected of carrying out the attack in Suruç on the Syrian border in July, which left 34 people dead and which prosecutors said was also the work of Daesh.

Alagöz was a prime suspect in the Ankara bombing, the worst attack of its kind in modern Turkey's history, which occurred as political parties prepared for the Nov. 1 parliamentary election.