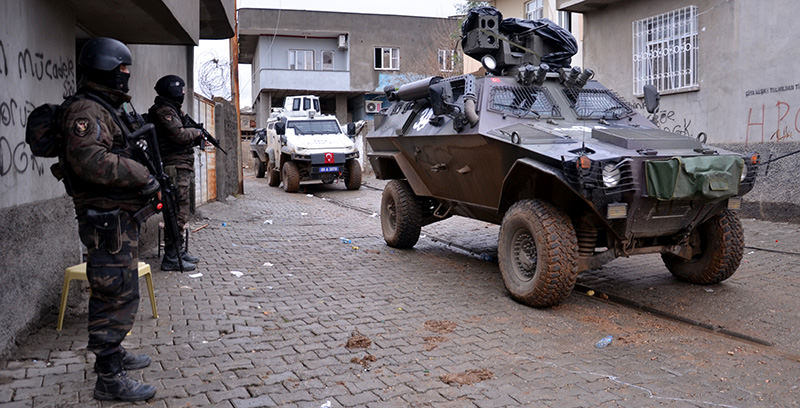 Turkish security forces carrying out operations on u015eu0131rnak's Silopi district, Jan 8, 2016 (AA Photo)
by daily sabah Jan 10, 2016 12:00 am
Security forces on Sunday have three dead bodies at a mosque, thought to be killed by PKK while carrying out anti-terror operations in Southeastern Şırnak province.

According to reports, security forces have found the bodies in Hazreti Hüseyin Mosque, located in Silopi district.

The three men are thought to have been executed by PKK terrorists five days ago, and their bodies have been transferred to Şırnak State hospital for an autopsy.