Another suspect remanded over Istanbul bombing 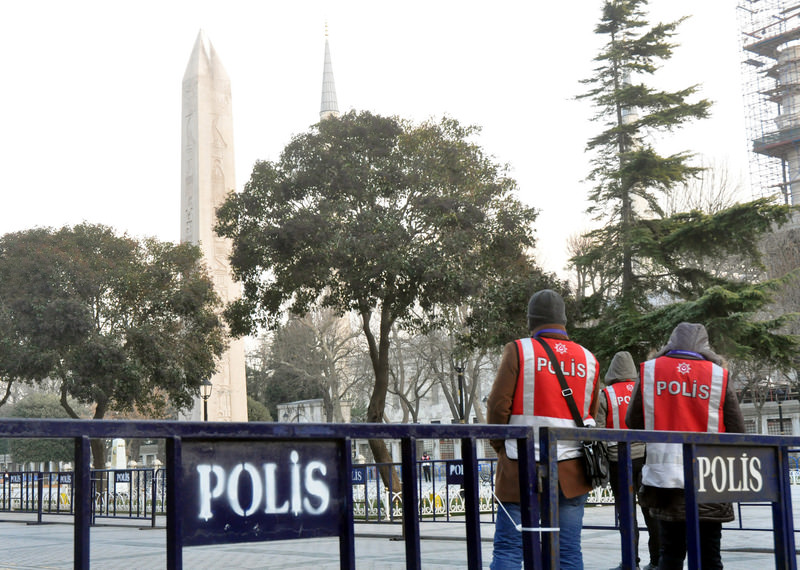 by Daily Sabah with AA
Jan 22, 2016 12:00 am
A suspect believed to be linked to the recent Istanbul suicide bomb attack which killed 10 German tourists was remanded in custody after a court appearance in Istanbul on Friday.

Judges from the Istanbul Criminal Court of Peace decided that the individual, detained earlier in Ankara, should be jailed while awaiting trial.

The move brings the numbers of suspects in custody to 13.

The suspect is accused of 'intentional killing' and 'being a member of an armed terror organization'.

It has also been claimed that the suspect gave financial support to the suicide attacker.

On January 12, Ten German tourists were killed and 15 others were injured when a suicide bomber of Syrian origin blew himself up in Istanbul's historic Sultanahmet Square, home of the city's major tourist attractions.

The suicide bomber was later identified as Nabil Fadli, 8, a Syrian militant and member of DAESH. Turkish police also detained 17 people last week in connection to the incident, subsequently arresting 10 of them, for alleged links to Daesh.

The terrorist organization had conducted attacks in the past in Turkey, though it was the first time a popular touristic destination was targeted. DAESH is blamed for a suicide bombing in Suruç, a southern border town, and twin suicide bombings in Ankara in July and October last year, respectively. The first attack, targeting a rally of activists, killed 32 people while the second one near a train station at yet another rally of activists, killed 102 people.

Turkey has also suffered several attacks recently, from ultra-left groups as well as Daesh, amid a renewed terror campaign in the country's southeast by the PKK.
Last Update: Jan 22, 2016 9:18 pm