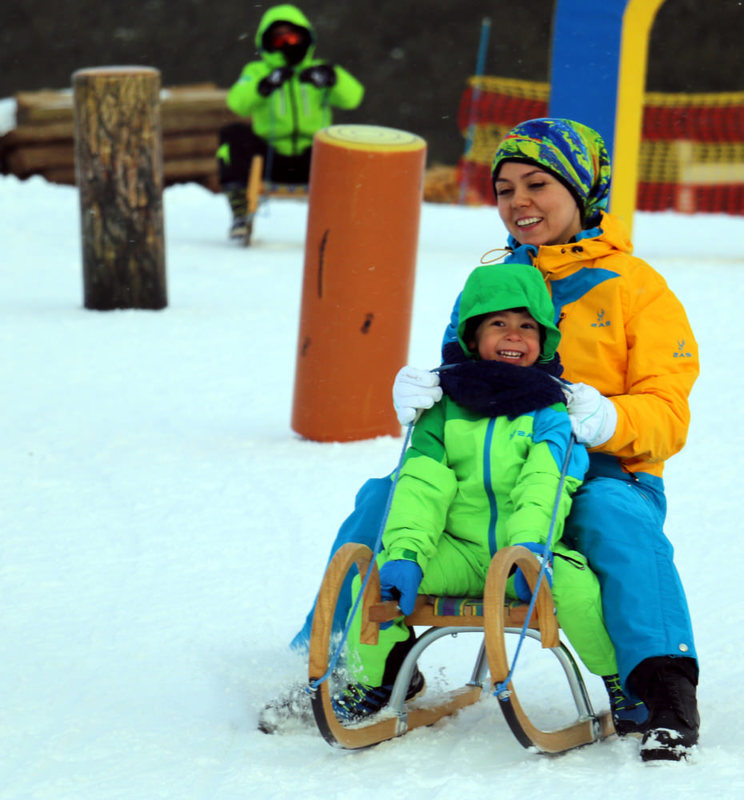 by Daily Sabah with AA
Jan 25, 2016 12:00 am
Families are flocking to ski resorts around Turkey after the two-semester school break began on Friday. The occupancy capacity has reached almost 90 percent in Uludağ, Kartalkaya and Palandöken, where the snow depth is between 1.5 meters to 2.5 meters.

Local and foreign tourists enjoy skiing and snowboarding with their children. Some even take short holidays and spend one or two days at the reports, especially on weekends. Emrah Usta, a ski resort owner in Uludağ, said the hotel's occupancy capacity is about 80 percent.

Yusuf Avcı, a hotel manager in Kartalkaya, said 50 kilometers of ski tracks are all available. "On weekends, our occupancy rate reaches 100 percent, while it is 90 percent on weekdays," Avcı said.
Last Update: Jan 26, 2016 4:12 pm