‘She’s my hero’, says Turkish woman about cat that saved her from getting raped 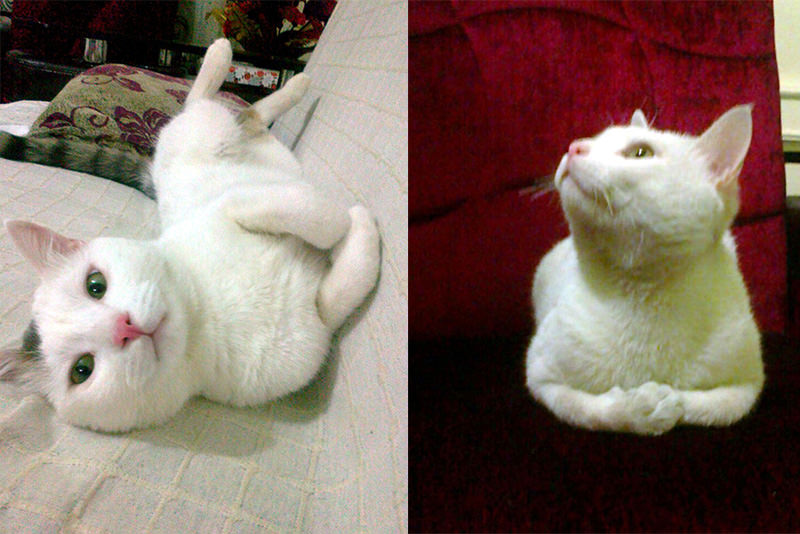 | DHA photo
by Daily Sabah Feb 01, 2016 12:00 am
A 19-year-old-woman who got almost raped by her step-nephew but was saved thanks to her cat's intervention said in an interview conducted on Sunday that Minnoş [the cat's name] was her "hero."

"I was faced with a butcher, pervert. He could have killed me, but my cat's attacking him saved my life. She is my hero," she said.

The woman made the comments during an interview with the Doğan news agency (DHA).

In 2014, the man, given the alias S.B., tried to rape his step-aunt, H.T., in 2014 during a visit to her house in Turkey's southeastern city of Diyarbakır. While the two were having breakfast, the 20-year-old man told the 18-year-old woman that H.T. was not his biological aunt and they could be together, after which S.B. started attacking her.

As H.T. resisted S.B. and a struggle started between the two, H.T.'s cat got scared and jumped on S.B. The cat's interference in the situation helped the victim giving her time to escape.

In November 2015, a Turkish court handed down a seven-and-a-half-year imprisonment to the step-nephew for "sexual abuse."

H.T, in the meantime, moved to another city with her husband as she was "mentally depressed", she reportedly said during Sunday's interview. During this time, she reportedly got more attached to her now three-year-old cat, of Angora breed.

The woman said, the cat's mother died, when Minnoş was only 15-20 days old, and so they had to take her in.

"Minnoş sees me as her mother," H.T. reportedly said.

The beautiful Angora cat has also helped her father during his struggle with cancer, the woman further said.

"My father -- who was going through a cancer treatment – was always playing with her, which made him happy. She was like a therapy for him," H.T. said.

H.T. finished her words by saying that her husband and her cat's love for her what healed her in the long run, indicating her satisfaction with the penalty the convicted got for his crime.
Last Update: Feb 01, 2016 12:58 pm
RELATED TOPICS