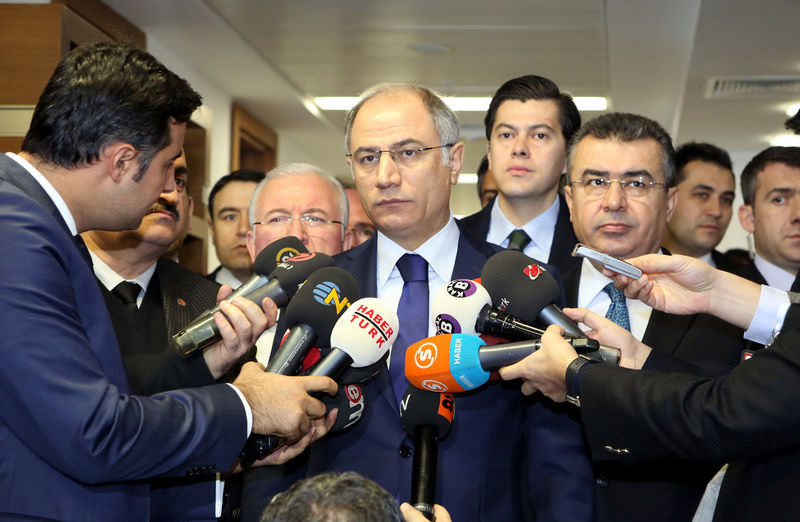 by Daily Sabah Feb 02, 2016 12:00 am
Interior Minister Efkan Ala said on Tuesday that the anti-terror operations in southeastern Cizre district are expected to finish in a few days, while in Sur they are expected to proceed for the next one or two weeks.

Ala told reporters that the issue in Turkey's southeastern provinces would be resolved soon, as security forces continue to crack down heavily on the PKK's urban branch in Diyarbakır and Şırnak provinces.

He noted that security forces have achieved 80 percent progress in Silopi district, while he said that 99 percent of the ditches in the region have been cleared.

Ala also criticized those claiming that the state is not sending ambulances in the region and said that it was a 'fabricated attempt' at interrupting Turkey's anti-terror efforts in the region.

"The state responds to all emergency situations to treat everyone who is injured" Ala said, and added that the judgement on whether the injured person is a terrorist or a civilian is made following the treatment.

The PKK, which the U.S. and EU consider a terrorist organization, resumed its 30-year armed campaign against the Turkish state in late July after the collapse of a cease-fire agreement.