'Pink taxis' to hit the streets in central Turkey 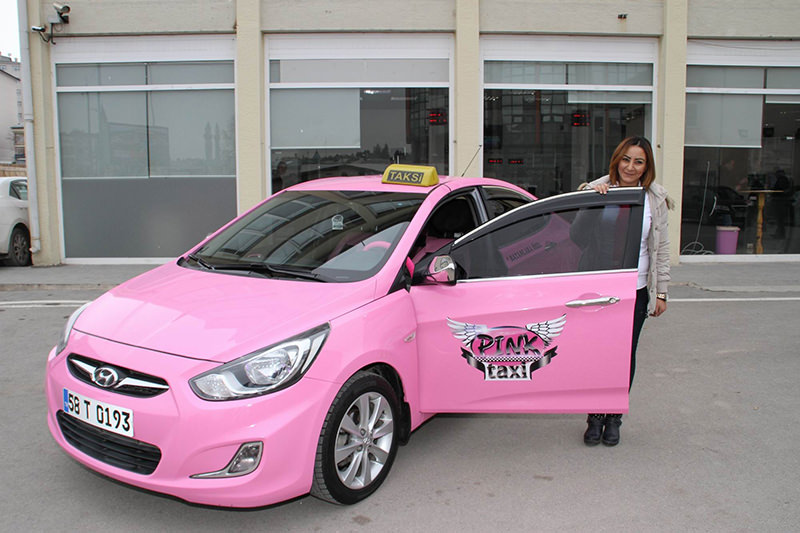 The only female driver of the taxi stand, Gamze Tau015fkan. (AA Photo)
by Daily Sabah Feb 11, 2016 12:00 am
A taxicab stand in central Turkey was given the green light to introduce "pink taxis" in the city which would be driven by women and only be available to families and female passengers.

The mastermind behind the plan, the manager of Terminal Taksi in Sivas province, Gökhan Şimşek said that he thinks women will feel more at ease with other women and have comfy rides without fear of harassment.

The female driver of the taxi stand, Gamze Taşkan also said the new practice was very important for women and could help shield women against possible harassment and sexual assault.

The practice will allow women to request a female driver when booking a cab.

The taxi stand stated that it plans to recruit more women drivers for its fleet of taxis, while calling on others to join the 'pink taxi' practice.

With the number of night-time sexual assaults on the rise, many women tend to feel uncomfortable in taxis, which are predominantly driven by men.

Other countries like the U.S., France and Egypt have also found success in the pink taxi service.
Last Update: Feb 11, 2016 8:39 pm
RELATED TOPICS