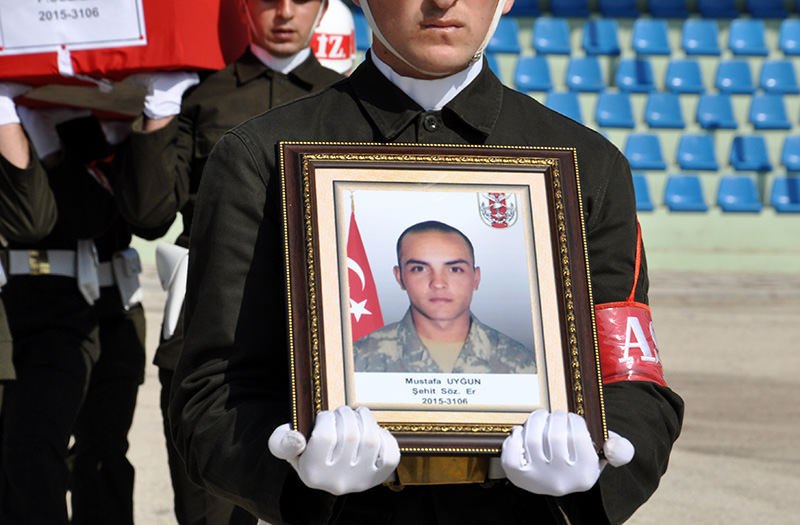 | AA photo
by Daily Sabah Feb 15, 2016 12:00 am
A Turkish soldier was killed on Sunday evening after security forces clashed with human smugglers at the Syrian border seeking to enter Turkey illegally.

The incident reportedly occurred in the Yayladağı district of southern Hatay province at 7:15 p.m.

The soldier named Osman Uygun was attacked with a knife by one of the smugglers after he tried to stop them and was fatally injured, Hatay's Governor Ercan Topaca said in a statement.

"When the human smugglers were passing [via the Syrian border to Turkey] the soldier intervened, there was then a scuffle in the bushes. During this quarrel, the soldier's neck was cut, and he was martyred," the governor said.

The Turkish military regularly detains people seeking to cross illegally back and forth across the Syrian border.
Last Update: Feb 15, 2016 3:10 pm
RELATED TOPICS