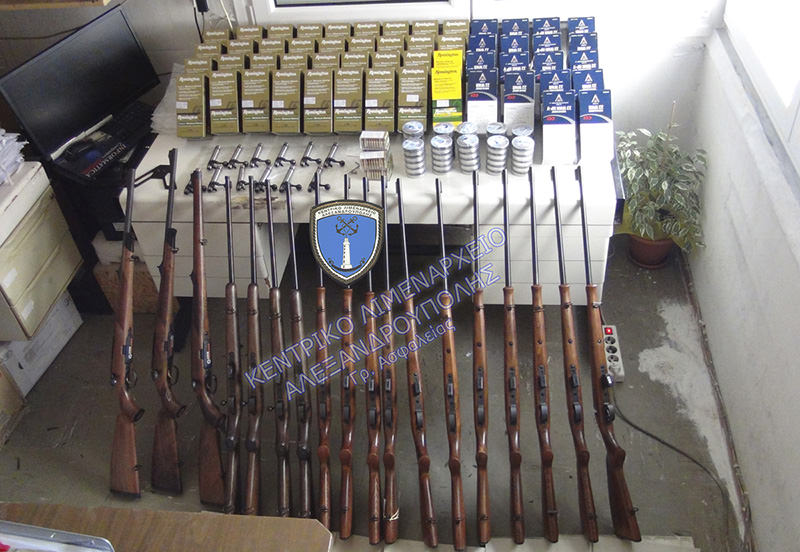 The men, who are reportedly of Iraqi Kurdish descent, were arrested Saturday night at the border crossing near the village of Kipoi, northeast Greece, police in Komotini said in a statement.

Police found 18 rifles and tens of thousands of rounds of ammunition in hidden compartments in their car and trailer, the statement added.

One suspects was carrying found with around $1,100 in US dollars, Turkish liras and Iraqi dinars while another had 900 euros ($1,000) in cash and five mobile phones.

The men, who were not named by police, are thought to have smuggled the weapons from Germany and were intending to sell them, the Athens Macedonian News Agency (AMNA) reported.

Police told AMNA the suspects were thought to belong to a criminal gang and said no terrorist link had been established.

They have no previous arrest records or pending arrest warrants against them in Europe, the agency said.

One suspect is being held on suspicion of membership in a criminal organization and weapons violations.
Last Update: Feb 15, 2016 11:33 am
RELATED TOPICS