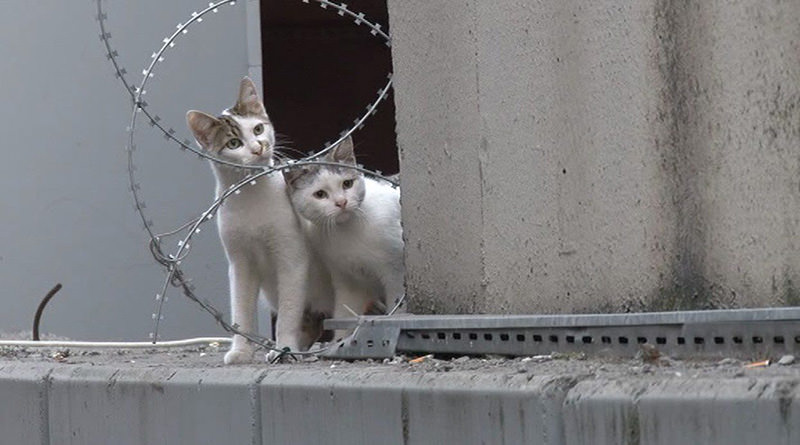 Mehmet Akış was accused of injuring the cat in a hit-and-run incident in September 2014 in the western city of Manisa. A local animal rights' activist who took care of the surviving cat had filed a complaint against Akış after she managed to identify him with the aid of eyewitnesses remembering the license plate number of the car.

Reyhan Erbirliler, head of the Manisa Association for the Protection of Animals, had asked the local court to pay at least TL 2,000 in compensation for "material damages and mental anguish" after the local animal rights authority fined Akış TL 454 for the incident. The court turned down the compensation request for mental anguish, but ordered the driver to pay TL 1,000 for material damages.

Erbirliler said although she was worried that the court did not accept damages for mental anguish, she was pleased that the court ruling would set a precedent in similar cases. "The poor cat was badly hurt, and we took care of it for 15 months. I am still looking after it while the driver did not even check what he hit after the incident. This is why I filed the lawsuit so as to set an example on humanitarian duties toward animals," she said. She pointed out that drivers will now have to be more careful as to not hurt animals with their vehicles.

Turkey is mulling replacing lenient sentences for animal cruelty with harsher sentences as part of reforms to improve animal rights. Killing animals is not punishable with a prison sentence in Turkey. A man who tortured a cat to death in the city of Eskişehir last year was fined TL 500 under the Misdemeanors Law, an incident that caused outrage in the country. Animal rights activists have called on the government to amend the articles related to animal rights so that crimes against animals can be sentenced with prison terms. Parliament approved a draft law in 2014 that mandates prison terms of up to three years for torturing animals, but the law has not been enacted yet.
Last Update: Feb 18, 2016 3:58 pm
RELATED TOPICS