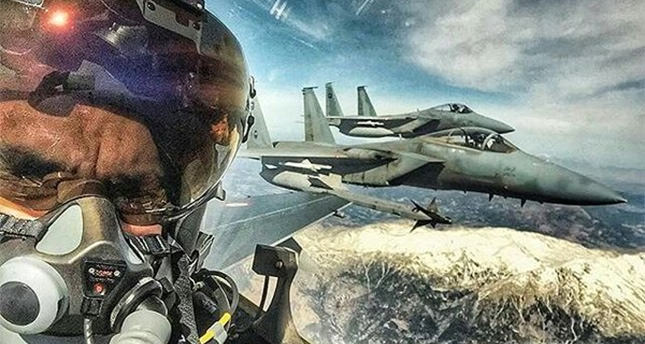 The photo was shared by security analyst Metin Gürcan on Twitter and shows a Turkish pilot and two Saudi Arabian fighter jets in the background.