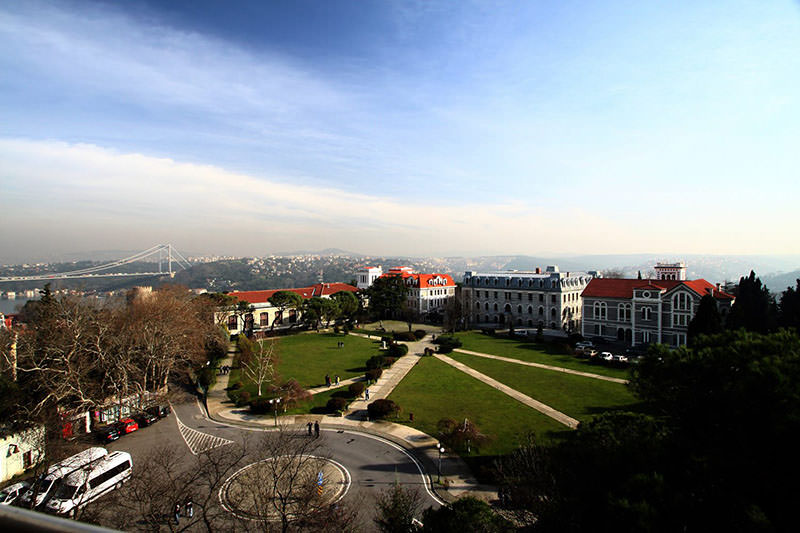 by Daily Sabah with Reuters Feb 25, 2016 12:00 am
Police have found a bomb set-up in a car parked at the northern campus of Istanbul's Boğaziçi University on Thursday, after they were dispatched to the area over a bomb scare.

A couple of buildings at the university were previously evacuated over a bomb threat. Police helicopters were also deployed to further survey the area.

The police were alarmed over a "suspicious" vehicle at allegedly loaded with explosives, but luckily there was no bomb at the university, but instead a bomb set-up.

The car was already being sought by the police for a while, according to the officials.

In a separate incident, explosives and ammunition were found close to a armed police checkpoint on a road connecting the Turkish capital of Ankara to the coastal city of Samsun, the local governor's office said on Thursday.

Two hand grenades, a machine gun, a Kalashnikov assault rifle, four detonators, hundreds of bullets and three bags of explosive substances were found less than a kilometer away from a gendarmarie checkpoint on the road, the Ankara governor's office said in a statement, adding investigations were on-going.

Turkish armed forces have regularly seized weapons and munitions in recent months in the southeast, where the military is fighting the KK terrorists following the collapse of a ceasefire between the group and the state last July.

However, such seizures are rare outside the mainly Kurdish southeastern provinces.

The new find came a week after a car bomb in Ankara killed 29 people.

Initially 28 people were killed in the blast. The death toll later climbed to 29.

The PKK has been carrying out a violent insurgency against the Turkish state since 1984.