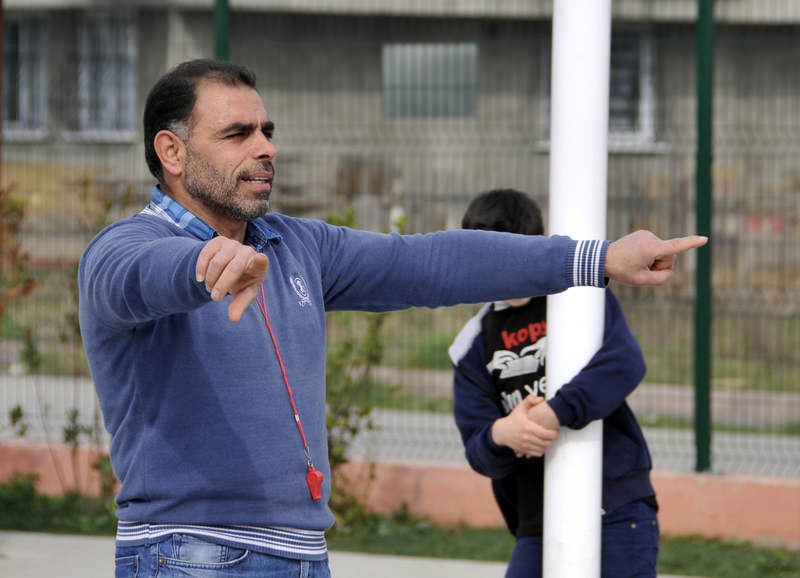 by Anadolu Agency Mar 01, 2016 12:00 am
Wrestler Muhammad Leysevi, who fled his native Syria with his family two years ago, is scouting for new talent among fellow Syrian refugees in northwestern Turkey.

Leysevi, who works at a school for refugees in Darıca, which is located in the province of Kocaeli, told Anadolu Agency (AA) that he expects to find future wrestlers among the school's 612 students. "I know Turkey is a challenging country when it comes to wrestling," he said. "They bring in many good athletes. I believe there will be good athletes among my Syrian students, and that's what I'm working for."

Recalling leaving his home in Aleppo with his family, Leysevi said: "The bombs are constantly falling. My children and I were depressed. There were no jobs. We were living in fear for our lives. We came to Turkey after my home in Aleppo was bombed."

Leysevi, who previously competed in Syria in the 62 kilogram freestyle category, winning around 20 medals in national and international tournaments, thanked Prime Minister Ahmet Davutoğlu and President Recep Tayyip Erdoğan for providing help to Syrian refugee children. "There is a school here where our children can continue their education," he said. "We were offered a good life; I thank them for this. We would have been killed if Turkey had not opened its gates to us."

Syria's five-year civil war has left at least 250,000 dead and more than 11 million displaced from their homes, according to the United Nations.

Turkey hosts around 2.7 million Syrian refugees and has spent around $9 billion on refugees, Turkish officials have said. The country aims to increase schooling for Syrian children with the help of a 3 billion euro aid package.

"We train the children by making them have fun," Leysevi said. "They are getting over severe trauma. Thank God, everyone is feeling better in Turkey. Sports make the children feel comfortable."
RELATED TOPICS