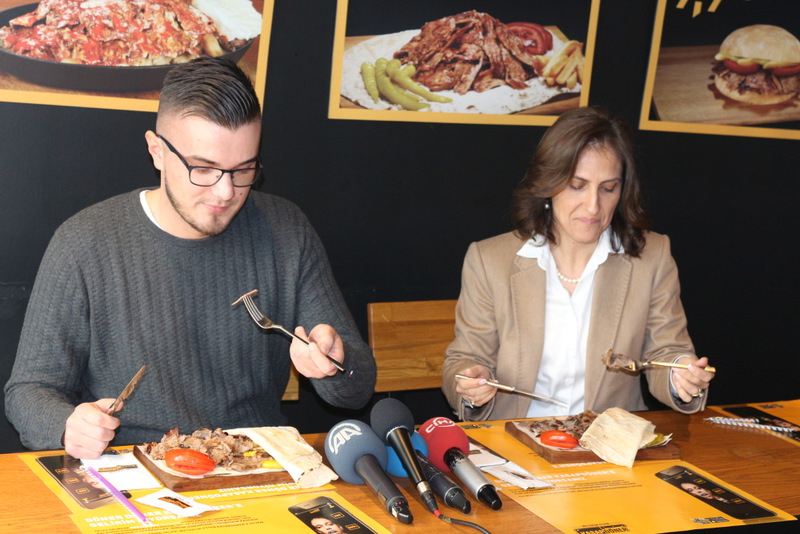 A Turkish kebab restaurant chain invited to Istanbul Edin Mehic, an Austrian bartender of Bosnian origin, and paid the fine he was issued in Vienna after he burped loudly in public from a recently devoured spicy kebab.

Mehic, 27, was walking along the street after he indulged in a kebab and belched, apparently quite loudly, and was stopped by police. He was surprised when they slapped him with a fine for disturbing the peace with his eruction.

A Turkish restaurant chain that specializes in kebabs contacted Mehic and invited him to Istanbul. After a brief tour of Istanbul, he was offered a kebab plate by the owners of the restaurant chain who proudly advertised their product and lashed out against the "association of kebabs with burping."

Speaking to reporters in the restaurant's Ortaköy branch, Mehic said he was surprised by the attention to his case, which went viral after he posted a photo of the police report and fine. "I would have laughed it off when police told me I would be fined, but I was shocked when they sent a copy of a police report a few days later by post," he told reporters.

Bahar Özgürün, the general manager of the restaurant chain, handed a symbolic check for 70 euros to Mehic, and said they would pay the fine on Mehic's behalf. Özgürün said he invited Mehic to Istanbul as a reaction to the "unfair fine," and "to show how healthy kebabs are." Mehic, a kebab fan who says he eats them at least twice a week, heaped praise on Turkish cuisine.