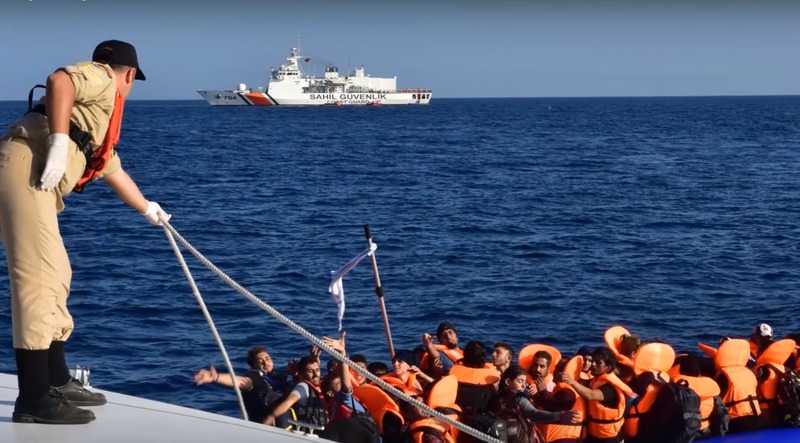 A video released on Tuesday by the Turkish Coast Guard Command shows the extensive efforts to keep refugees from attempting to reach Europe by way of the Aegean Sea.

'A big white ship saved us,' one refugee boy said in a statement after being rescued at sea from a sinking boat trying to reach the Greek island of Lesbos, the closest water gateway to Europe.

Although strong winds make the journey very dangerous, dozens still attempt to cross over to the Greek islands every day. According to figures by the International Organization for Migration, 805 people died en route to Greece from Turkey in 2015.