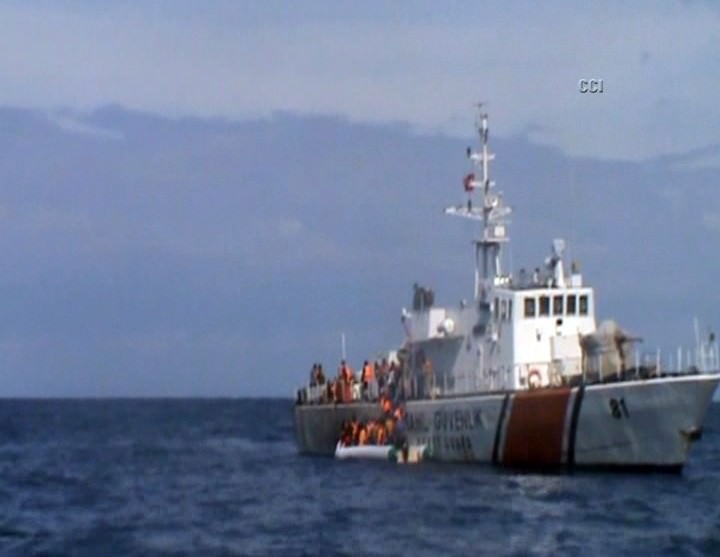 Turkey's coast guard on Wednesday has intercepted a boat carrying 54 Afghan refugees headed to the Greek island of Lesbos, a report released on Thursday said.

According to the report released by the coast guard, Turkish authorities first warned refugees to stop the boat, but they did not listen to the warnings.

The coast guard then safely stopped the boat by a special rope and brought the refugees to Dikili coast in İzmir province.

Turkey and Europe are in the process of reaching an agreement as Europe plans to send tens of thousands of refugees back to Turkey, while Turkey is pushing for visa liberalization.

After the agreement, the EU will start to resettle Syrians from Turkey based on the formula of "one in, one out", as it also provides necessary assistance to non-EU countries in the Western Balkans in coping with the refugee flow.

The EU will also cooperate with Turkey in any joint endeavor to establish humanitarian safe areas inside Syria for the local population and refugees to live in.