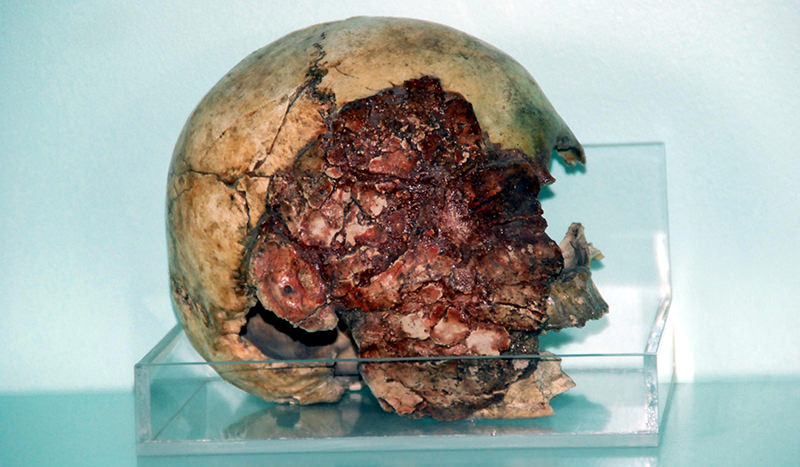 A 7,200 year-old skull exhibited at Niğde Museum is receiving a lot attention from visitors, the museum's director has said.

According to Fazlı Açıkgöz, the skull was found in Köşk tumulus in Central Anatolian Niğde province during excavations in 1980s and is among 12 others, which are not exhibited in the museum.

The skull is reportedly coated with clay and is the only one in Turkey.

Açıkgöz further stated that there are only 90 clay-coated skulls throughout the world and 13 of these are located in Turkey, while there are some in Israel and Jordan.

He said that the skulls were found in a grave consisting of 66 individuals and that they did not have the bodies, as archeologists believe people living at the time buried the bodies and exhumed the skulls after corpses decayed and coated them with clay.