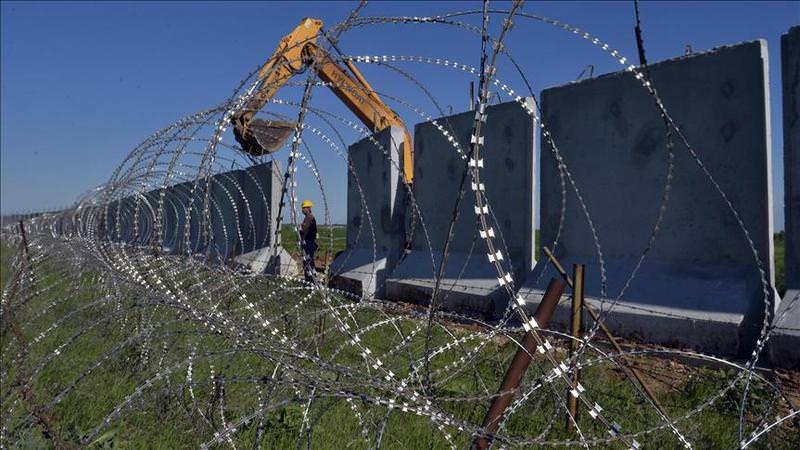 So far, the wall along Hatay and Şanlıurfa has been mostly completed.

The wall, which is expected to get completed next year, will be two-meter wide and three-meter high with seven-ton modular concrete blocks.

According to the same sources, razor wire fences would also be placed along the border.

Among other security measures planned along Turkey's border with Syria are ditches along the 365-kilometer (226.8-mile) stretch in Turkey's Gaziantep, Kilis, Mardin, Şanlıurfa and Hatay provinces.

The measures include illumination along 389-kilometer (241.7-mile) border fields, wire fences along 161 kilometers (100 miles) and renewing wires along at another 145-kilometer (90-mile) long stretch.

Patrol points are also planned at every 50 meters and checkpoints of watch guards along the border would also be reinforced.

Security forces will patrol the border 24 hours and surveillance cameras with night vision capability will also be installed at some strategic points, sources said.