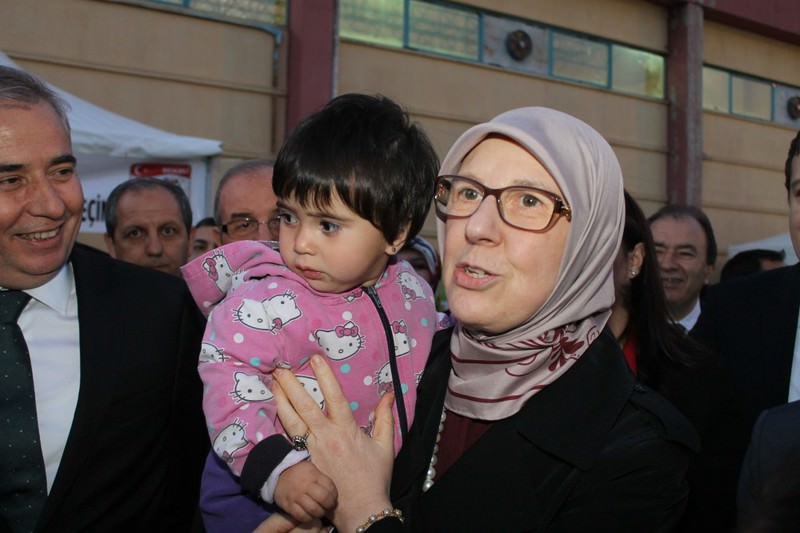 by Derya Kısa Apr 11, 2016 12:00 am
Family and Social Policies Minister Sema Ramazanoğlu, speaking on Sunday in Antalya, said that serious work was in progress to ensure that those convicted of sexual abuse against children will be punished to the full extent of the law.

Ramazanoğlu said the ministry will host a workshop between April 13 to 15, which will focus on laws against child abuse, saying "Punishment for child abuse and rape should be the maximum allowed by law. No mitigating circumstances will be allowed and the law will be assessed with a focus on our zero-tolerance policy."

She said the ministry had paid significant attention to media to create public awareness. "There has been serious public outcry about content on TV. We have approached the Radio and Television Supreme Board (RTÜK) about making marriage programs, TV serials and cartoons more child and family-friendly."

The ministry has studied all relevant laws as a preparation for the upcoming workshop. "All laws may be reassessed. Laws on child rights, the abuse of women, family, divorce, the disabled and the elderly were analyzed. We invited the representatives of women's groups, academics, members of the judiciary and everyone who was involved in the matter. Our aim is to ensure that punishment of those convicted of child abuse is severe and swift."
Last Update: Apr 11, 2016 4:41 pm
RELATED TOPICS